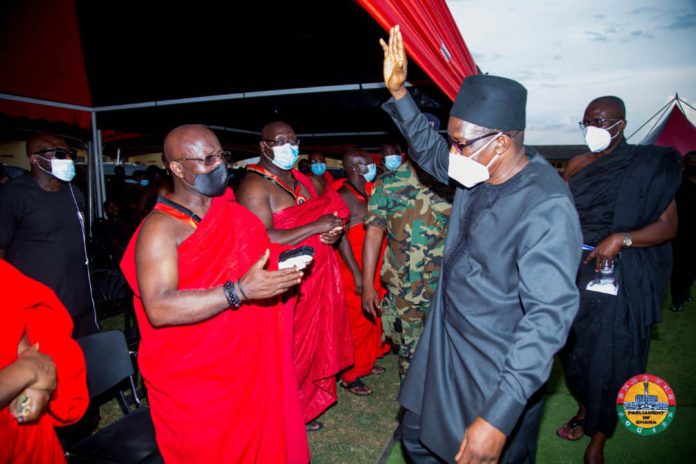 A sister of Majority Leader and Member of Parliament (MP) for Suame, Osei Kyei-Mensah-Bonsu, has been laid to rest.

She is said to have passed a few months ago after battling a short illness.

The funeral, held on Saturday, June 19, 2021, saw members of both the Minority and Majority in Parliament in attendance.