In the summer of 2003, Ronaldo left boyhood club Sporting Lisbon for Manchester United  – where he became a household name – before becoming the best player alongside Lionel Messi in world football at Real Madrid.

However, things could have turned out very differently for Ronaldo, with Laporta – who had just begun his reign as Barca president – claiming he could well have been team-mates with his great rival Messi if it wasn’t for the club already investing their money elsewhere.

“We were about to sign Ronaldinho and Rafa Marquez,’ Laporta said during an interview with Iniestazo. ‘Marquez’s people proposed Cristiano Ronaldo to us. He was at Sporting at the time.

“One of his agents said that they had a player who they had sold to [Manchester] United for 19 million, but they’d sell him to us for 17 million.

“But we had already invested in Ronaldinho at the time. Cristiano played more out wide than in the centre. We thought we were covered, so we rejected him and I don’t regret it.”

Despite spurning the chance to sign Ronaldo, Barca enjoyed plenty of success with Brazil icon Ronaldinho, who helped Messi burst onto the scene in style.

Ronaldinho won two LaLiga titles, one Champions League and two Spanish Cups during his five years at the Nou Camp.

The Brazil legend also won one Ballon d’Or crown while playing for the Spanish giants in 2005.

Ronaldo – who now has five Ballon d’Or crowns to his name – then went onto sign for Barcelona’s arch rivals Madrid in the summer of 2009, enjoying fascinating battles with Messi down the years in El Clasico.

The Portuguese star is now continuing to thrive in Italy with European giants Juventus, where he has won two straight Serie A titles. 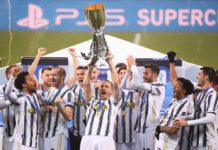 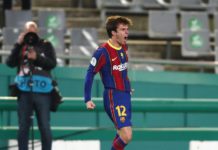 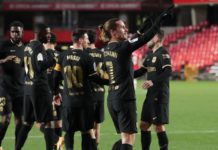 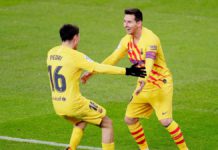 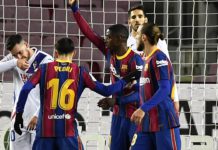 Barcelona held at home by Eibar without Messi