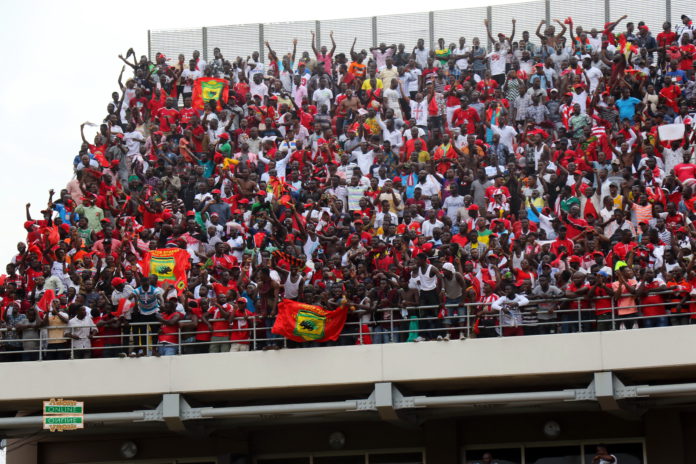 The Ashanti Regional Police Command has interdicted the police officer who allegedly shot a fan at the Baba Yara Stadium in Kumasi on Sunday.

The interdiction, according to Regional Police Command, will be in force until investigations into the matter are concluded.

A statement signed by the Public Affairs Officer of the Ashanti Regional Police Command, ASP Godwin Ahianyo, said the Command takes a serious view of the incident and has subsequently commenced investigation.

The statement added that any person who has information, pictures or videos on the incident should send them to through to 0244288019 to assist with the investigations.

The incident happened after Asante Kotoko’s 1-0 defeat against Berekum Chelsea in the Ghana Premier League.