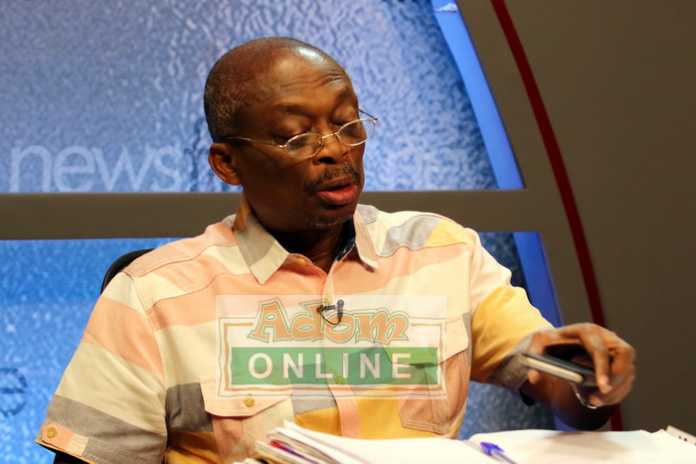 “People keep asking why Anas is masked and Suale is not but who will deal with a masked man; who investigates when masked, won’t the target get scared and run away,” he quizzed.

Mr Baako said many people including those he considers very enlightened have made efforts on various social media platforms to ask about Suale’s protection but he has declined to provide answers.

“I have seen people ask on social media about why Anas didn’t protect Ahmed as he protects himself but I have politely declined,” he said on Metro TV’s Good Morning Ghana show, monitored by Adomonlie.com.

To Mr Baako, the journalist was not at any risk until videos came from Mr Kennedy Agyapong to reveal his identity.

He revealed Anas doesn’t wear masks when investigating or on the field but does so only in public places.

Ahmed Suale who was a key actor in the Tiger Eye Pi Investigative Team was shot dead in Madina on January 16, 2018, by two gunmen who are yet to be apprehended.

His killing occurred months after Assin Central MP, Kennedy Agyapong displayed photos and videos of him in the aftermath of the #Number12 exposé on corruption in Ghana Football.

Mr Baako said even though Ahmed Suale’s death was a callous assassination that shook him to the core of his foundation, there was nothing he could do.