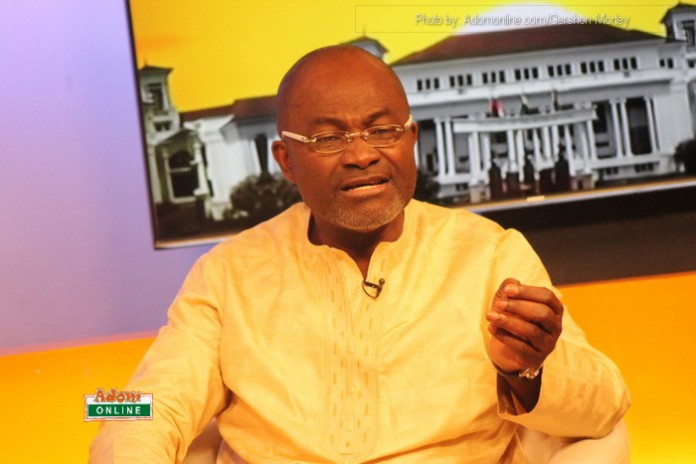 Parliamentary Research group, Odekro has expressed disappointments in Parliament for deferring sanctions against Member of Parliament for Assin Central, Kennedy Ohene Agyepong, for his alleged disparaging comments about the House.

According to the group, it will not be enough for Parliament to suspend him if it decides to do so without making a financial deduction from his salary.

The Privileges Committee in its recommendation to the House found Mr Agyapong in contempt of Parliament for the remarks he made that “Parliament is cheap”.

Accordingly, the Committee recommended to the House to sanction Mr Agyapong by suspending him for the rest of the Session or reprimand him.

Mr Osei Kyei-Mensah-Bonsu, Majority Leader speaking to the media after Parliament adjourned its sitting to go on break, said the House would revisit the issue when it resumes in September.

He debunked claims that Parliament was shielding Mr Agyapong from being sanctioned as recommended by the Privileges Committee because he is one of their “own”.

But Senior Research Associate of Odekro, Gifty Mensah believes the matter has been put perpetually on the back burner.

“From where we’re standing, Odekro believes that, to a large extent, the sanction is inconsequential. Because checking the records, Mr Ken Ohene Agyapong has not been very punctual on the floor of Parliament and he hardly participates in Parliamentary activities.

“He has been consistently absent from Parliamentary proceedings from the fifth Parliament to the current one. This decision we think is not biting enough unless they’re saying that his suspension is going to attract some financial deduction from his salary and benefit as a Member of Parliament that would make more sense“, she said on Accra-based Neat FM as monitored by Adomonline.com.