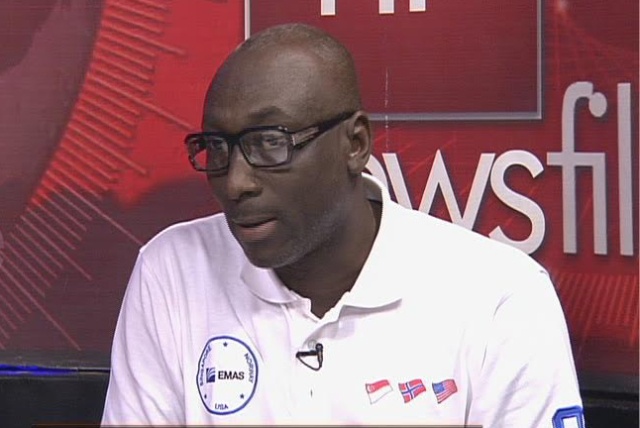 The National Identification Authority (NIA) has been accused of doing the bidding of the governing New Patriotic Party (NPP) to circumvent processes to favour the government.

A member of the National Democratic Congress (NDC) legal team, Abraham Amaliba who revealed this on Joy News’ morning show, the AM Show Thursday accused the Akufo-Addo government of doing everything illegal that would see their government’s continuous to stay in power.

READ ALSO: Shutting us down is ‘high-handedness’ – Radio Gold laments

His comment follows the arrest of some officers of
the NIA who were busted for allegedly registering people at a house in Awudome,
near the St Theresa Catholic Church in Accra on Tuesday night.

The exposé was done by some citizen vigilantes in the area upon a tip-off.

Though the NIA officers managed to escape, their machines were confiscated and a complaint lodged at the Kaneshie Police Station.

READ ALSO: One more arrested over murder of teacher at Asiakwa

To Amaliba, the NPP is behind that illegality and
doing this under the cover of darkness which explains why the suspects are
nowhere to be found.

“Did you find where they arrested the men, did you find the time. That’s how they work under the cover just to deceive. Government officials will do anything to ensure that their government stays in power and the NIA is no excuse,” he claimed.

Ghanaian YouTube star dies along with her unborn child

I don’t deserve you but… Rawlings fondly speaks of Nana...