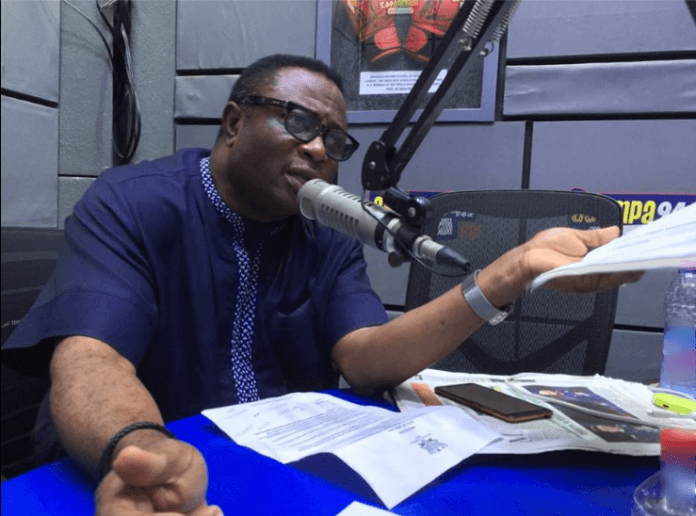 The governing New Patriotic Party (NPP) has been
accused of subjecting Ghanaians to hardship.

According to the Director of Elections of the National Democratic Congress (NDC), Mr Elvis Afriyie Ankrah, the Akufo-Addo-led government has failed to advance the development of Ghana because members in the government complain a lot.

“Talk is too cheap for NPP. When they were in opposition, they were always talking and ranting about unnecessary issues and now we have handed power over to you and you are still complaining. I think NPP is still in their campaign mood. Always complaining and comparing their term to us,” he said on Asempa FM’s Ekosi Sen, Thursday.

ALSO READ: Why Okada should be legalised – Titus Glover explains

According to him, the inefficiency of the government in managing the affairs of State has left the citizenry clamouring for a return of the NDC to put Ghana back on the right path of development.

Commenting on the sudden cedi fall, the former minister in the erstwhile John Mahama administration said Vice President Dr Mahamudu Bawumia, as the head of the country’s Economic Management Team, has failed to honour his campaign promise, prior to the 2016 elections, to stabilise the cedi against the dollar if the NPP is voted into power.

He urged the government to admit it has failed to turn the economy around to engender investor confidence and sustain the stability of the local currency, the cedi.

Meanwhile, the government will to set up a bipartisan committee to investigate the depreciation of the cedi in recent times, Finance Minister Mr Ken Ofori-Atta has said.

Mr Ofori-Atta, addressing Parliament, Thursday said “Mr Speaker, the President has directed that I investigate the structural causes for the depreciation of the cedi and to propose measures to address the situation. The Governor and I will put a bipartisan committee together to proceed immediately.”