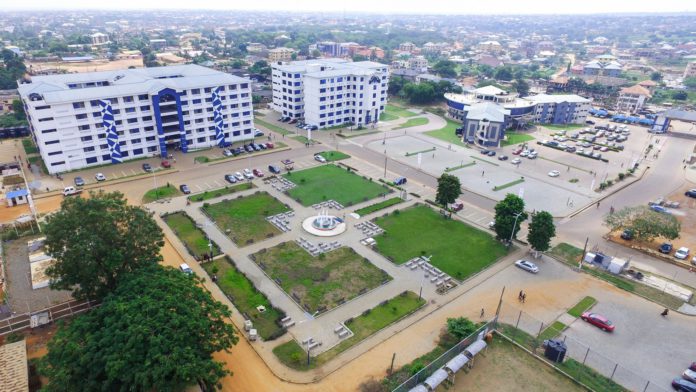 The Legon District Police Command has arrested five persons in connection with land guard invasion of a parcel of land which belongs to the University of Professional Studies (UPSA) in Accra.

Information gathered by Joy News suggest during an interrogation by the school authorities, one of the land guards only identified as Dzato alleged they were acting on a directive from the Ministry of Lands and Natural Resources.

Speaking in an interview with Joy News, the Head of legal services of UPSA, Fortunate Bio said the invaders fired gunshots during the operation amidst assault on residents leaving close to the property.

“We were on campus when he received a call that some people had come to destroy the fence around our new property near the Trinity Theological Seminary here in Accra, with the Dzato guy threatening they are acting on the directive of the Lands Ministry and will ensure the policemen lose their job,” he narrated.

“About five to six of them have been arrested with arrangements being made to take them to the Accra regional office. The ring leader slapped a police officer behind the counter at the Legon police after they were arrested,” he added.

Meanwhile, Mr Bio who believes the school has undertaken all due diligence in the acquisition of the land said they were the rightful owners.