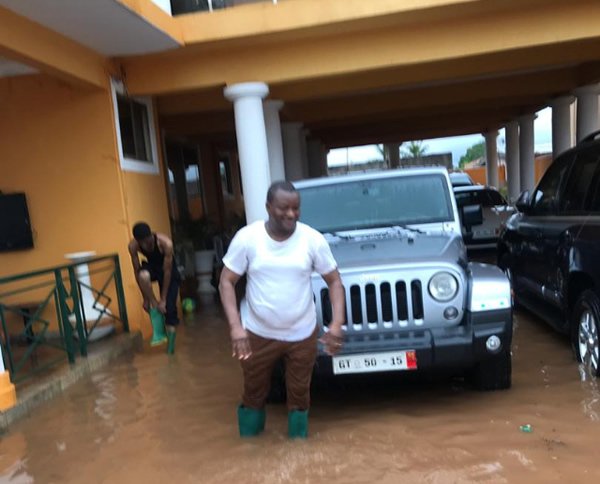 Founder and leader of the All People’s Congress (APC), Hassan Ayariga, has attributed the many problems facing Ghana to a lack of common sense.

Mr Ayariga who was speaking on Adom FM‘s morning show, Dwaso Nsem, a day after his house was almost submerged in flood water said the over-reliance on university degrees at the expense of common sense, has been the bane of Ghana.

Parked cars at Mr Ayariga’s residence in West Legon were stuck as frantic efforts were put into draining the floods.

The intermittent rains have also resulted in floods in some areas of the country’s capital city.

Mr Ayariga, who confirmed the incident to Captain Smart said a nearby drain got inundated during the rains, forcing the flood waters to rush into his residence in the national capital, Accra.

He said Ghanaians, especially his community members, have unfortunately turned uncovered drains into dumping sites for refuse thus blocking the free passage of water when it rains.

“We litter indiscriminately and when it rains they get swept into open gutters,” he noted while attributing the phenomenon to a lack of community action also.

Listen to the attached audio above for more of the interview between Captain Smart and Mr Hassan Ayariga.