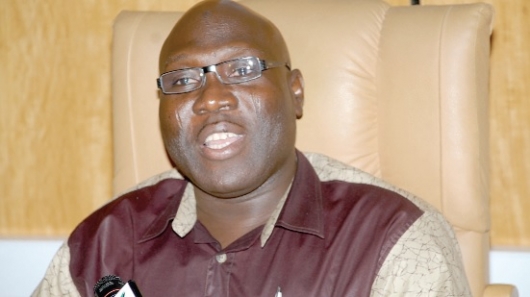 He explained that their action was borne out of the violence that erupted at Bawaleshie during the by-election which makes her a direct beneficiary of the process.

The Minority MP walked out of the house when Lydia Seyram Alhassan was sworn in, in apparent protest of the violence that characterized the Ayawaso West Wuogon by-election.

Some of the Minority MPs held placards with “bloody widow” inscriptions, an action that has been condemned by many, especially women groups including the Majority Women’s Caucus in Parliament who described it as “blasphemous, frivolous and barbaric”.

But speaking on Accra-based Peace FM, Hon Inusah Fuseini said they could not be condemned for stating the obvious.

“We will not dignify the swearing-in process of a product of a bloody process. She is a direct beneficiary of the violence in Ayawaso West Wuogon,” he noted.

The Tamale Central MP said he would have also been called a “bloody widower” if his wife died in similar circumstances.

Inusah Fuseini maintained that there was nothing heartless about their conduct because “words take their colour from their surroundings and we are going for her and we aren’t stopping”.