The Association of Magistrates and Judges of Ghana (AMJG) has dismissed claims Superior Court Justices are paid ex-gratia.

According to the Association, the claims are false, malicious and baseless.

Article 71 holders in the past weeks have come under fierce criticism over the payment of ex-gratia to them.

The debate intensified after a former Council of State Chairman, Togbe Afede XIV ,who is also the Paramount Chief and the Agbogbomefia of the Asogli, returned ¢365,000 paid to him as ex-gratia for his service.

AMJG, in a statement, noted they have keenly followed and has noted with dismay the allegation that judges of the Superior Courts are paid ex-gratia at the end of every four years.

In the statement signed by their president, Justice Henry Anthony Kwofie, who is a Justice of the Court of Appeal, AMJG indicated their salaries are determined once every four years by the President.

This they explained is based on the recommendation of a Committee appointed by the President under Article 71(1) of the Constitution 1992.

“If increases are effected in the salary as a result of the recommendations of the Committee, the judges are then paid arrears of salary commonly called Back pay arising from the back-dating of the salary increase.

“These arrears of salary or back pay are accordingly paid in lump sum or instalment. This has been the situation since 1996,” the statement read in parts.

In view of this, the Association says it will be mischievous for anyone to describe the back pay as an ex-gratia.

They, therefore, maintain that no Superior Court Judge is or has ever been paid ex-gratia every four years as being wrongly stated in the media. 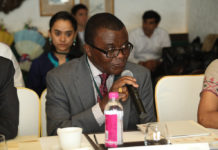