Assembly Member for Pankrono-Estate in the Tafo Municipality of the Ashanti Region is suspecting foul-play following the murder of a middle-aged man in the area.

Nana Kwadwo Pipim says the facts surrounding the incident indicate the body was dropped in his electoral area for reasons best known to the perpetrators.

“Some people used the same route around 5:10 this dawn. As at that time, the body wasn’t there,” he told JoyNews.

Three people have been killed in the Pankrono-Estate under different circumstances in recent times.

According to the Assembly Member, one person was stabbed by a friend as a result of disagreement.

The second incident was a mob attack that led to the murder of an armed robber and the last killing case happened on Monday, July 5, 2021.

Kwadwo Pipim says the body of the deceased has been sent to the Komfo Anokye Teaching Hospital pending further investigation.

“Nobody is able to recognise the guy,” he explained.

According to residents, the deceased’s head was severely butchered.

The lifeless body was lying on the ground at a crossroad near Pankrono-Estate Market.

“A lot of residents have been attacked here,” an angry resident said.

Residents have become increasingly concerned about their safety as criminals continue to terrorise them.

“We don’t even come out in the night because of these cases of robbery,” they added.

Investigations are ongoing with the body being taken to the mortuary at Komfo Anokye Teaching Hospital awaiting postmortem and identification.

But Mr Pipim said evening patrols have been intensified, adding that, there is an arrangement for the inauguration of community volunteers to complement the actions of the police.

Watch the attached for more: 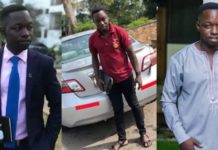 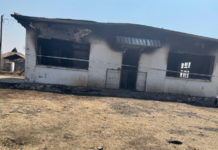 Man slumps and dies at Weija-Gbawe 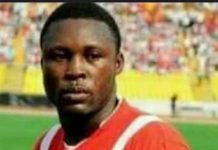