The seat of Otumfuo Osei Tutu II, the Manhyia Palace, has denied the resignation of Dr Kwame Kyei as the Board Chairman of Asante Kotoko.

On Wednesday morning, multiple reports went rife that the renowned and astute businessman left his role due to personal reasons.

On Tuesday, the board members of the club in a meeting with the life patron of the club, Otumfuo, were reportedly told by Dr Kyei that he was ready to quit his position for peace to prevail.

However, reports from Manhyia have revealed that the king has rejected his decision to quit the position.

According to the reports, Manhyia is highly impressed with how he led the club between 2018 and 2020.

He is said to have had a bad blood with Nana Yaw Amponsah, who is the Chief Executive Officer of the club.

The Board Chairman took over Kotoko in 2018 ad guided the club to win the 2019 Normalisation Committee Cup, FA Cup as well as guiding them to reach the group stage of the Caf Confederation Cup for the first time in a decade.

Asante Kotoko are currently in United Arab Emirates, Dubai, for pre-season and will arrive in the country on October 22 before the 2021/22 Ghana Premier League season kicks off a week later.

A meeting is expected to be held with the Chief of Staff of Manhyia and Mr Amponsah when the team arrives. 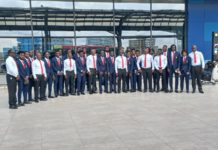