Seasoned Raggae and Dancehall artiste, Ras Kuuku, has described, as desecrating, any attempt to touch his beard in an unpermitted manner.

Ras, who compared his beard to his life, said anyone who touches it would “go down”.

He made the declaration when he was likened to Biblical Sampson, in an interview on Adom TV’s Ahosepe Xtra.

According to Ras Kuuku, his bushy beard signifies his solid brand, and that is the sole factor differentiating him from other Rastafarian musicians.

“Everyone has dreads, but my beard is my life. If I wake up one day and my beard has disappeared, I will feel dead because if my beard isn’t there, then I ain’t there. If I take it off, no one will recognize me anymore. It will make me look like a child”.

Asked why he has a strong connection to his braided facial hair, Ras Kuuku explained that like electric wires, his beard is the internet and connectivity to his music.

Having kept his hair unshaved for the past 12 years, the Kpagbum Style composer said it signifies contentment and determination.

He opened up on how he was persuaded by many talent managers to change his look when he first joined the entertainment industry, as they argued that he looked somewhat scary.

But, to the artiste whose real name is Kojo Kurankye, his talent is better than any brand such managers tried selling to him. 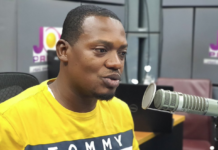 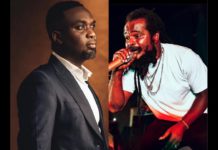