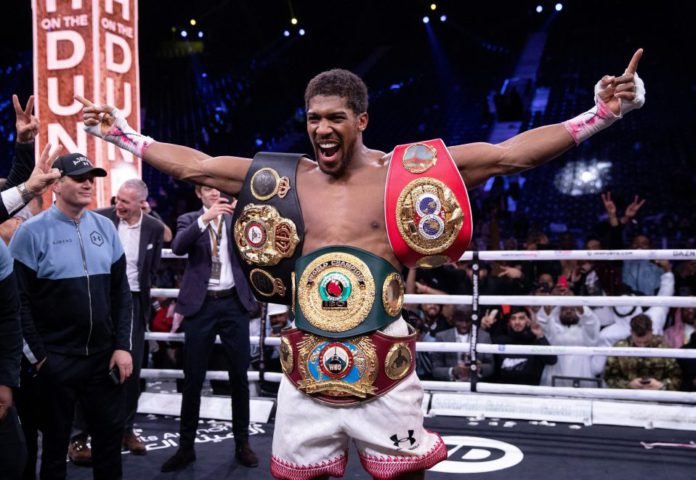 Anthony Joshua has been left furious after coming to terms with reality that he could be stripped off his heavyweight belts.

But the IBF and IBO belts could be taken away from the 30-year-old if he refuses to fight mandatory challengers in his next fight.

Anthony Joshua concedes he may be forced to give up title due to ‘boxing politics’ https://t.co/HJw5uLo27e pic.twitter.com/8n8YtbCjSJ

And he might have to unwillingly give up the belt if he does not challenge IBF contender Kubrat Pulev and IBO mandatory challenger Oleksandr Usyk.

However, the Nigerian-born British heavyweight has insisted he will win back any belt he is forced to vacate.

“I would hate it because it’s so hard to go round and collect all these belts, it’s really difficult and I’ve kept hold of them for so many years. So to have to vacate because of the boxing politics would be annoying, but there’s things that are out of my control.

Boxing fans will be desperate to see Joshua fight the winner of Tyson Fury’s rematch with Deontay Wilder on February 22, 2020.

Speaking about the future, he added: “Time moves so fast, it’s easy to forget things. So we just look forward into the New Year and more challenges, more competition and hopefully more memorable years to come.

“It’s 2020 vision. Whoever’s on the cards will get taken down. I just keep myself focused and whoever wants it can get it.”