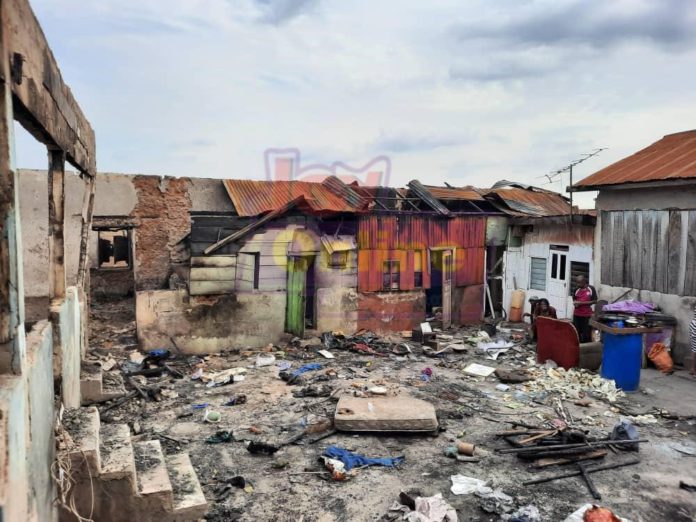 Over 40 persons have been displaced following a fire outbreak at a compound house at Anloga Junction in the Ashanti Regional capital, Kumasi.

The fire was said to have started in a tenant’s room at about 2:00 pm on Saturday and spread fast to adjoining rooms, destroying properties running into thousands of cedis.

At least 10 out of 13 rooms together with shops were razed down by the fire.

Fortunately, no casualties were recorded.

He said preliminary investigations show that the fire may have been caused by “electrical issues”.

In his view, the fire intensified when residents tried to put out the flame by themselves.

“Sometimes when issues like this come, people try to fight the fire themselves or they don’t call the right number so this might have caused the fire to spread very fast”, the fire officer noted

“It is an old house and we suspect there are some problems with the cable system,” he added. 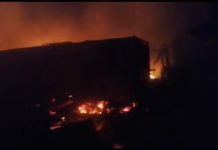