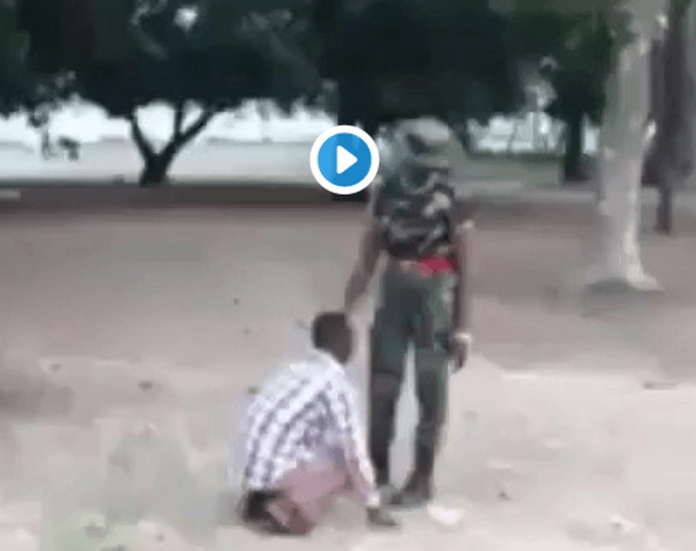 A disheartening video has surfaced online in which a group of uniformed soldiers are seen taking turns to assault a harmless civilian.

The only offence of the civilian, from the video, was that he passed a compliment at one of the soldiers who happened to be a female.

The female soldier got offended by the man’s compliment that she “looks beautiful”.

The video shows the soldiers surrounding the man while he knelt on the ground.

The officers could be seen taking turns to slap him several times as they kicked him with their boot before dragging him on the ground for minutes.

The victim could be heard crying and pleading for mercy but that only infuriated the soldiers more.

The sad incident is reported to have happened in Nigeria.