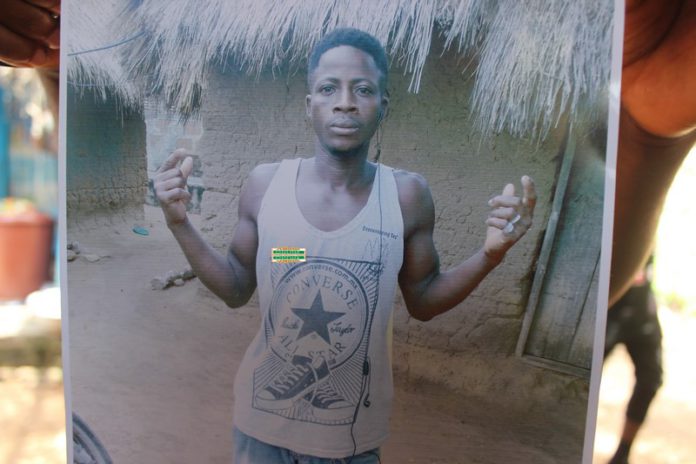 An angry mother, Adzo Ahorlu, whose only child was allegedly shot dead by Senchi police in the Asuogyaman District has threatened to send her deceased son’s children for custody and upkeep.

Madam Ahorlu’s son, 25-year-old Nyagbleh Mordzifa was shot dead in September during a confrontation between some youth of South Senchi and the police at Senchi.

The police at the time had arrested the deceased’s relative, Victor Zordzi, an Okada businessman, for some road infractions.

“My only child was the one working hard to take care of us; he was into fishing anchovy (one-man thousand). His wife is not well, so who is going to take care of the two children,” she asked.

Unfortunately for the deceased, a melee that greeted the arrest led to confrontations that resulted in a gunshot that allegedly took his life.

Adzo Ahorlu in an interview with Adom News said she was old and couldn’t work to take care of her grandchildren hence her decision to leave them for the Senchi police who she says are responsible for the father’s demise.

“Since I cannot take care of my grandchildren, the only option is to give them to the police to take over that responsibility. After all, the police personnel there shot my son dead”, angry Adzo.

The shooting incident, Adom News learnt, is being investigated by the Eastern Regional Police Command.