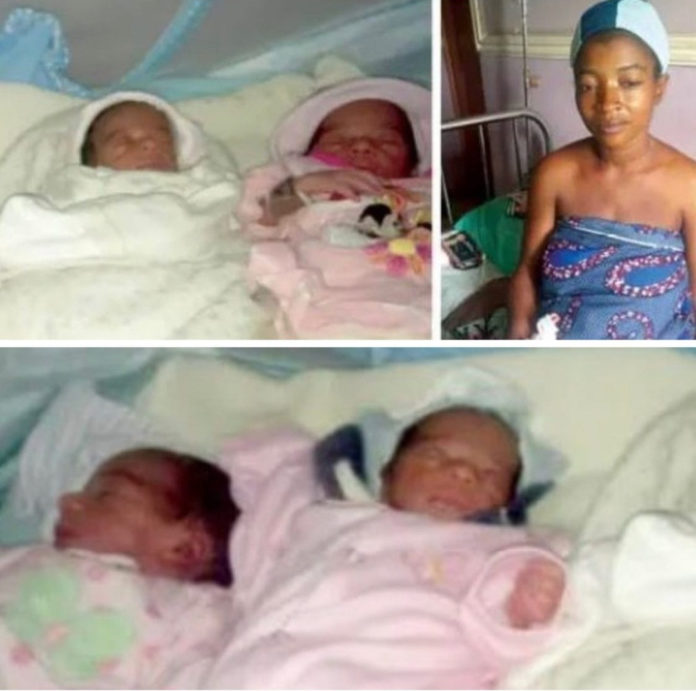 A couple, who used contraceptives to avoid having more children in addition to their five kids, has welcomed quadruplets.

Mr and Mrs Christopher Agbo from Nigeria welcomed quadruplets last Thursday, May 26, at a private clinic in Kubwa, Abuja.

Mr Agbo said that having been blessed with five children, he and his wife, Mercy, decided to stop having more children.

His wife then started family planning and was placed on contraceptives.

Mr Agbo said his wife had an implant contraception surgery at a local health centre where they lived. They also supplemented with drugs from a pharmacy.

Despite their best efforts, the wife conceived and gave birth to four babies at once.

“But despite all these, she conceived and was confirmed to be carrying four babies after a scan,” the husband told DailyTrust.

He continued: “We then visited the Kubwa General Hospital where she had a second scan and the same thing was confirmed; even with the expected date of delivery next month.

“But we had to rush back last Thursday as she started observing signs of delivery. She gave birth to the four babies without any operation.”

Commenting, the chief medical consultant of the hospital, Dr Onogwu Joseph, said: “I am not aware of the said use of contraception by the mother of the quadruplets. But I presume that if it had been properly used it should not have led to that.”