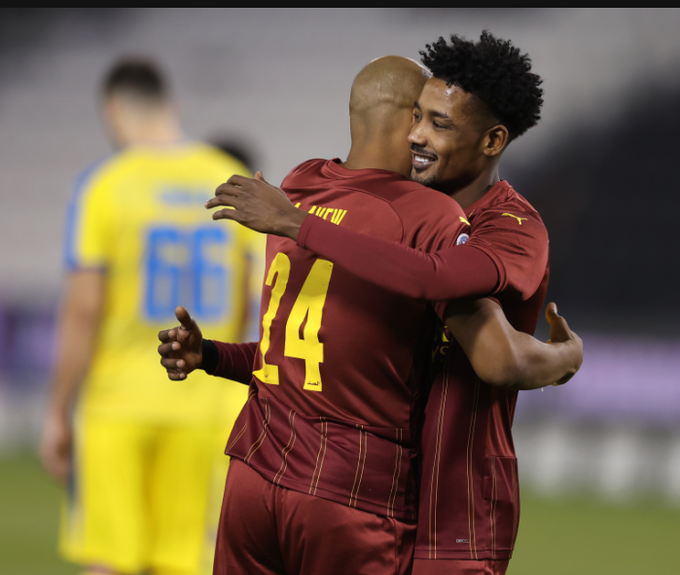 The 32-year-old scored the two-goal within a space of two minutes as Al Sadd recorded a 5-1 win to stretch their lead on the log.

Ayew came on in the last 10 minutes of the match as he replaced Algeria international Baghdad Bounedjah.

The former West Ham and Olympique Marseille forward scored his team’s fourth goal when they were leading 3-1 through the spot-kick to grab his 11th of the season.

He added his second on the day and his team’s fifth as they beat their opponents 5-1 on the road to pick their 14th win in 15 league games.

The 33-year-old has 12 goals and three assists to his name in the Qatari Super League this season after joining the club from Swansea City last summer.