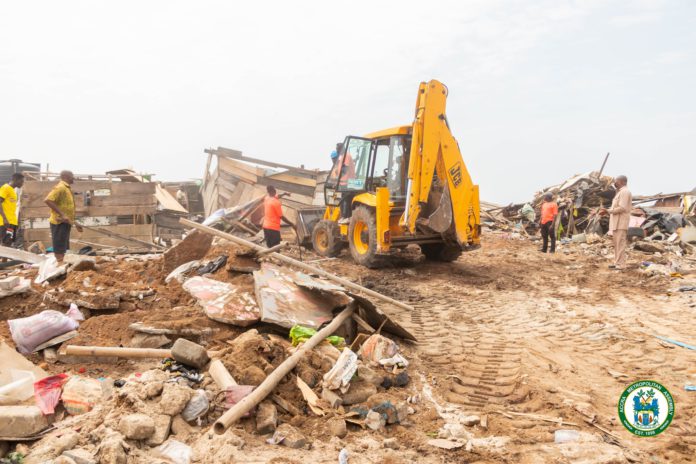 The Accra Metropolitan Assembly (AMA) has removed unauthorised structures at the Dogo Beach which serves as a temporary fishing bay for the fisherfolk at Jamestown.

The exercise, carried out on Wednesday by the taskforce of the Assembly, was supported by a detachment from the Accra Regional Police Command.

It lasted for over five hours and saw the removal of wooden shacks serving as abodes for some squatters who had constructed washrooms and kiosks among others.

According to Gilbert Nii Ankrah, Head of Public Affairs at the AMA, who was present at the scene, the beachfront stretch opposite the Fire Service Training School, popularly called Dogo Beach, was to serve as a temporary fishing bay for the activities of fisherfolk who were relocated for the construction of the Jamestown Fishing Harbour.

He explained that a lot of unauthorised structures had sprung up at the site contrary to the agreed plan preceding the relocation of the fisherfolk at Jamestown to pave way for the construction of the new fishing harbour, hence the exercise.

He noted that the fisherfolk occupying the temporal site would be relocated to the new Jamestown fishing harbour after completion.

The Chief Fisherman of the Fisherfolk of Jamestown, Joseph Armah, said since the site was allocated to them as a temporary fishing bay, other squatters have joined over the period, therefore, increasing the numbers on the site which have resulted in the pollution of the ocean.

He expressed appreciation to the Assembly for undertaking the exercise and assured that they would police the site to prevent encroachment.

The Jamestown Fishing Harbour Project include the dredging of about  100,000 cubic meter harbour basin and construction of hydraulic structures about 1,251 meters.

Others are the construction area of management (office buildings, trading markets, cold storage, processing areas, commercial areas and other production and supporting facilities making up 12,644.11 cubic meters which had been under construction since August last year and are expected to be completed in 30 months.

In a related development, the AMA taskforce has pulled down an unapproved structure serving as a worship centre on a public walkway around the St. Mary’s Senior High School at Korlegonno. 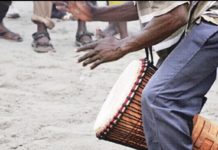 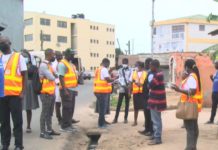