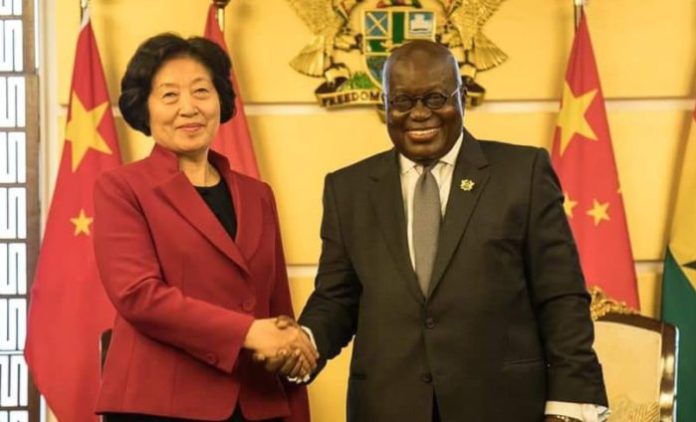 In its quest to fix the severe infrastructure deficit in the country, the government entered into a $2 billion Master Project Support Agreement (MPSA) with the Chinese state-run, Sinohydro Corporation Limited in September 2018.

Under the deal, Sinohydro, a hydropower engineering and construction firm, will finance and execute the construction of infrastructural projects across the length and breadth of Ghana in exchange to have access to sites to mine bauxite.

The Atiwa forest was subsequently earmarked as the site to be exploited by the Chinese company for 15 years.

Located in the country’s southeastern part, Atiwa forest is a 26,000 hectares area rich in bauxite and other mineral resource deposits like manganese and iron.

According to the US geological department, the Atiwa forest holds more than 960 million metric tonnes of bauxite reserves valued at more than $500 billion.

It is against this background of sealed wealth that government was able to secure what it touted as an unprecedented barter arrangement to fix Ghana’s infrastructural needs.

Seeking the permission of Parliament in July 2018, the Akufo-Addo administration argued that all the 16 regions will experience remarkable infrastructural growth from the Sinohydro arrangement.

The projects include hospitals, an extension of electricity to rural communities, construction of court and residential buildings for the Judicial Service, landfill sites and industrial parks.

Broken down into phases, the first phase of the project costs $646.6 million, and it begins with the Tamale Interchange project.

Parliament approved projects from lot one to 10 under the first phase.

Lot 1 – Construction of Accra Inner City Roads. A total of 84 kilometres of roads located in Trobu, Anyaa-Sowutoum, Dome-Kwabenya, Adenta and Teshie will be constructed;

Lot 2 – Construction of Kumasi and Mampong Inner City Roads. A total of 100 kilometres of inner-city roads will be constructed in Kumasi and Mampong. In Kumasi, the affected road networks are in Manhyia, Suame, Tafo Pankrono, Asokwa, Kwadaso, Oforikrom, Subin, Nhyiaeso and Bantama;

Lot 3 – Construction of the Tamale Interchange;

Lot 4 – Construction of the PTC Roundabout Interchange, in Sekondi-Takoradi, the first interchange in the western part of our country;

The second phase of the project was expected to come on stream after approval by Parliament.

However, Sinohydro deal has faced criticism by civil society organisations on the grounds that it will be mined beneath the forest posing environmental concerns.

Also, the Minority in Parliament expressed concern that the $2 billion deal between Ghana and Sinohydro will only add up to the debt stock of the country, thereby, burdening the already burdened taxpayer.

Meanwhile, in a yet to be aired documentary titled “Where is the $2 billion Sinohydro deal?” JoyNews learned that government has only managed to access $100 million for the first phase of the project.

Evans Mensah, therefore, went all out to find the answer to the question, “So what happened to the Synohydro money and the projects it was to fund?”