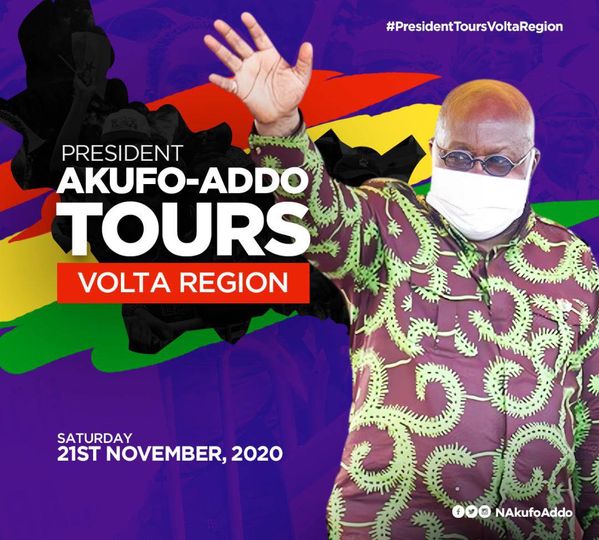 The New Patriotic Party’s flagbearer Nana Akufo-Addo will tour the Volta Region, today, November 21, 2020, as he resumes from a short break.

According to sources, the President, as part of his tour, is expected to commission a mini-hydro power station among other projects.

This comes after the party suspended all political activities following the demise of ex-President Jerry John Rawlings on Thursday, November 12, 2020.

The former President died at the Korle-Bu Teaching Hospital after a short illness.