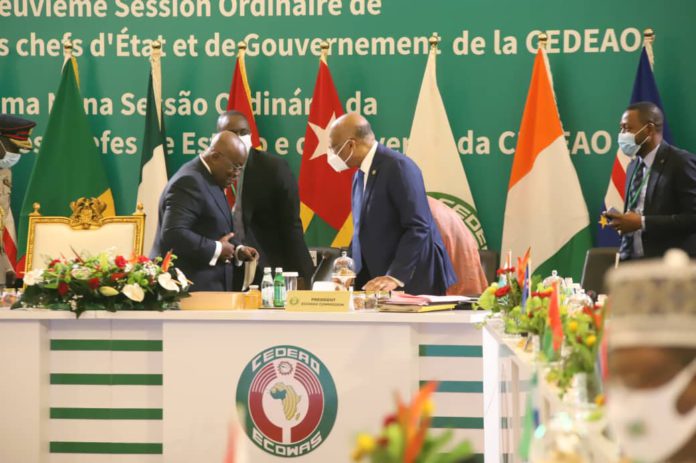 President Nana Akufo-Addo has been re-elected as Chairman by the Authority of Heads of States and Government of the Economic Community of West African States (ECOWAS).

Heads of States of the Authority at its 59th Ordinary Session held on June 19, 2021 in Accra, by consensus, decided that Akufo-Addo should stay on as ECOWAS Chairman for one more year to continue with the institutional reform process of the regional bloc.

He was first elected to chair the 15-member ECOWAS at its 57th Summit held in Niamey, Niger in September 2020. He took over from Niger’s Mahamadou Issoufou.

He was subsequently tasked by the Heads of States of the Authority after its Extraordinary Session in February 2021 to oversee the implementation of institutional reforms in the organisation.

The communique said the Heads of State and Government, who were unanimous in their decision to have Akufo-Addo to lead the bloc for another one-year term, expressed appreciation to him for his leadership in steering the affairs of the Community.

It said the Authority of Heads of State and Government commended President Akufo-Addo for his commitment and efforts to achieving the bloc’s objectives to improve the performance and operational efficiency of ECOWAS Institutions and to promote the implementation of integration programmes geared towards the economic and social development of the region.

President Akufo-Addo submitted to the Accra meeting, his report on the optimal structure and size of the new Commission and other institutions, geared towards streamlining the operating cost of ECOWAS.

The Report recommended the scaling down of the number of Commissioners from 13 to seven effective March 2022.

“To this end, the Authority adopts a seven-Member Commission as the new size of the Commission beginning March 2022. Authority mandates H.E. Nana Addo Dankwa Akufo-Addo, Chairperson of the Authority of Heads of State and Government, to continue his efforts relating to the allocation of statutory positions and streamlining operational costs in ECOWAS Institutions,” the communique said.

The Accra meeting, among others, deliberated on the political and security situation in the region, the implementation of regional integration and single currency programmers, and the mitigation of the effects of Covid-19 on the economy of the bloc.

The session was attended by all the Heads of State in West Africa, except Mali, which has been suspended from the regional bloc, following the recent political upheavals in that country. 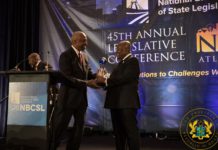