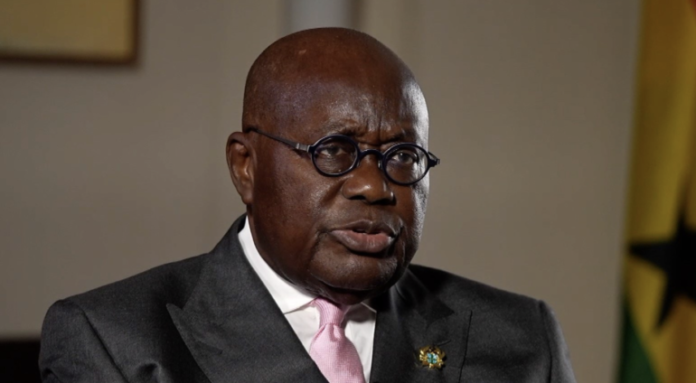 President Akufo-Addo has appealed to striking teachers to return to the classroom pending the outcome of negotiations with the government on their demand for a 20 percent Cost of Living Allowance (COLA).

In the spirit of sacrifice, at this year’s Eid-ul-Adha celebration, the President pleaded with the teachers to go back to the classroom, as government and Organised Labour worked to reach a middle way on their demand.

“I want to add my voice to the appeal for the teachers to return to classrooms pending the outcome of negotiation with government so that the education of our children, some of whom are preparing to sit their final exams is not affected,” President Akufo-Addo said, when he joined Islamic faithful at the Independence Square in Accra to celebrate Eid-ul-Adha, the feast of the sacrifice.

Four teacher unions on Monday, July 4, 2022, declared an indefinite nationwide strike to press home their demand for the Government to pay a 20 percent COLA in view of rising cost of living in the country.

But the Government and Organised Labour met on Friday, July 8, 2022, and agreed to begin negotiations on July 12, 2022, on the teachers’ demand.

The President said the world is in a difficult place and all must make the needed sacrifice to surmount the current economic challenges.

President Akufo-Addo said government on its part is making sacrifices and has reduced the salaries of all political appointees by 30 percent, as well as the discretionary expenditures of Ministries, Department and Agencies.

“We all have to make some sacrifice to afford us the space to navigate the troubled waters of the current economic difficulties,” he said.

President Akufo-Addo called on Muslims in Ghana to make peace with themselves and others, saying, “only in doing so shall we achieve our aim of making Ghana great and strong.”

He said Islam means peace and submission to the will of Allah, so, “let us on this day make peace with ourselves and our fellow human beings and hold fast to the rope that Allah has united us with, the rope of Ghana.”

National Chief Imam, Shiekh Usman Nuhu Sharabutu urged Muslims not to lose faith and trust in Allah even as the country goes through the current economic challenge.

“The Almighty Allah has ways of doing things, and as a people, we must not lose hope as a nation but believe that Allah will strengthen us as he did to Abraham when he requested the sacrifice of his son Ismael, the Chief Imam said.

The Chief Iman prayed for divine wisdom for the President and the government in dealing with the present challenges.

He further prayed for national peace, cohesion, prosperity and development.