A member of the National Democratic Congress (NDC)’s Legal Team, Edudzi Tamakloe, has dared members of the New Patriotic Party (NPP) to provide evidence of former President Mahama or any government official’s involvement in the receipt of bribes from Airbus company.

Until such evidence is provided, Mr Tamakloe says it will be premature for the NPP to link names to the alleged bribery even as investigations into the scandal are yet completed.

In an interview on Adom FM’s morning show Dwaso Nsem Tuesday, Mr Tamakloe described as empty attempts to link Mr Mahama to the bribery scandal by elements within the NPP.

I have read the Court’s judgment from A to Z and nowhere does it say the government official involved took a bribe. I am challenging anybody to give me just one paragraph that says so. Let that evidence be made available then we can have a more decent conversation, Mr Tamakloe said.

UK’s Crown Court of Southwark on January 31, 2020, slapped Airbus, Europe’s largest aerospace multinational, with a $3.9 billion fine following the firm’s confession to payment of bribes to secure deals in five countries, including Ghana.

The Office of the President following findings from the case, issued a statement directing the Special Prosecutor, Mr Martin Amidu, to investigate the complicity or otherwise of any public official who may have been involved the bribery scandal.

Mr Tamakloe further noted that the decision taken by President Akufo-Addo will only lead to the vindication of former President Mahama rather than his indictment as hoped by the NPP.

Nana Addo has tasked Martin Amidu to investigate the matter, but one thing is for sure. Martin Amidu who clearly detests and dislikes John Mahama would eventually find out that John Mahama was not given even a penny from the deal. Sometimes, it is better to have your ‘enemy’ vindicate you, he said. 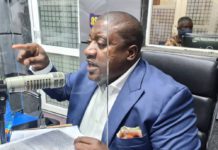