The topic for discussions in recent days is the authorization given to the Ministry of Finance (MOF) to set up the Agyapa special purpose vehicle (SPV) to own (in perpetual transfer from assignment from the Mineral’s Development Fund [MDF]) and leverage Ghana’s gold royalties for equity and loan transactions. The controversy to date surrounds the incorporation of Agyapa in a tax haven (when Ghana is potentially on a money laundering watchlist); the calculation of US$1 billion as the present value for annual flows of US$150 million for 15 years; and non-availability of information that now become public to Parliament, as required by the 1992 Constitution of the Republic.

This article examines the Agyapa saga as part of several unconventional methods of borrowing by the Government in the last two (2) years or more. The article makes the point that the projected high levels of budget deficit and public debt may be making it difficult for Government to continue using the conventional instruments in domestic and foreign markets to borrow to finance the budget deficit.

The background to the loan perspective includes the rise in Ghana’s fiscal deficit and public debt levels between, approximately, 11 to 13 percent and 70 to 73 percent of GDP, respectively, by the end of the Financial Year (FY )2020.

It is necessary to note that the entire projected cost of COVID-19 is fully covered by the IMF RCF Loan of US$1 billion and other facilities from the World Bank and other donors, Also, it is noted that institutions such as the International Monetary Fund (IMF), Fitch and Moodys Ratings, and the World Bank have drawn our attention to the fiscal risks underlying the worsening fiscal performance for our country.

As noted, it appears that the Government is already finding it difficult to borrow through traditional sources and is resorting to unconventional methods.

This means, the MPC admits to explicit deficit financing exceeding 50 percent of the projected 2020 Budget deficit, compared to only 5 percent allowed in the Fiscal Responsibility Act, 2018 (Act 982)—a level not reached in nearly 40 years since the 1980s Economic Recovery Program (ERP) or Structural Adjustment Program (SAP) reforms.

“The higher-than-programmed” financing (especially from domestic sources) stems mainly from the frontloading of financing requirements to meet Government expenditures and other debt service obligations, including for the settlement of “uncovered Government auctions” following substantial revenue shortfalls” (emphasis added).

This approach contrasts with the use of petroleum revenues, through the Sinking Fund to redeem or repay domestic and foreign bonds—as with repaying US$500 million of the total US$750 million commitment on Ghana’s first 2007 Bond under the immediate past NDC government. The government suspended the plan to continue with this approach to a more efficient and effective debt management from 2017.

It seems obvious, after nearly US$5 billion of conventional loans that has increased the debt stock (excluding the BOG financing that is also deemed unconventional), that the urgency surrounding the Agyapa deal may be from pressure to finance the budget. The fiscal deficit, borrowing, and debt trends noted above, among others in the financial market indicators, are worrying.

The worry is from the contradictions in (a) the stance of unprecedented fiscal consolidation over a nearly four-year period; (b) the consequent heavy borrowing that is now twice the debt stock at end-2016; (c) a projected high budget deficit of nearly 13 percent for end-2020; and (d) the relative stability of financing the deficit that came with the setting up of the Book-Building and Ghana Fixed Income Market in August 2015.

These domestic market initiatives appear to be achieving their goal of improving liquidity to finance the deficit and, potentially, other public and private sector financing. As the following extract from the 2020 Budget notes (p. 46 par. 195-199)—

“The GFIM continues to make strides to become the preferred investment platform. From a humble trades value of Ghc5.22 billion when the market was established four years, August 2015, activities on the market have shot up tremendously to Ghc43.82 billion (October 2019) over this short period of its existence … It is, therefore, clear that with the right programs to develop the ecosystem of this market, GFIM will be able to achieve the intended heights of being the most preferred bond market in the sub-region”.

The use of non-conventional approaches to financing the deficit and accumulating debt is proving expensive and risky. However, it will not go away without an approach that takes account of the right balance among the revenue, expenditure, arrears/deficit, borrowing, and debt elements of the Budget. It is also clear that any attempt to separate so-called “headline” items from an “all-inclusive” budgeting merely leads to complacency and lack of focus on critical underlying fiscal and economic trends.

BoG increases policy rate to 22%; cost of borrowing to shoot up significantly 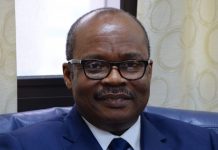 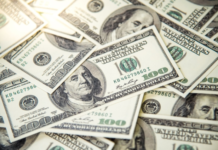