According to him, the claims are false, adding that the government’s Planting for Food and Jobs programme is on course to ensure food security.

His comment comes after Mr Mahama, in an interview on Moonlite FM, said that the PFJ was started by his government has failed under the current administration.

He predicted the situation is likely to result in food shortage in 2022.

His comment comes at a time when many are concerned about the increase in prices of foodstuff.

But reacting to this on Asempa FM’s Ekosii Sen, he said the challenge was with maize production but it is temporal and would be resolved soon.

He also blamed the shortage on the weather patterns the country experienced.

He noted that the drought had hiked the price of maize, explaining, however, that the price in the country as compared to that in the sub-region was still low.

“We wish to assure the general public that the country will in fact experience a bumper harvest, despite the recent droughts experienced in the early part of the year.

“Ghanaians must rest assured that the country will not face food shortage neither will it experience famine as being claimed,” he urged. 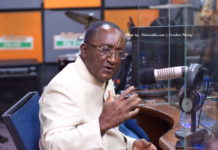 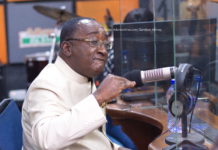