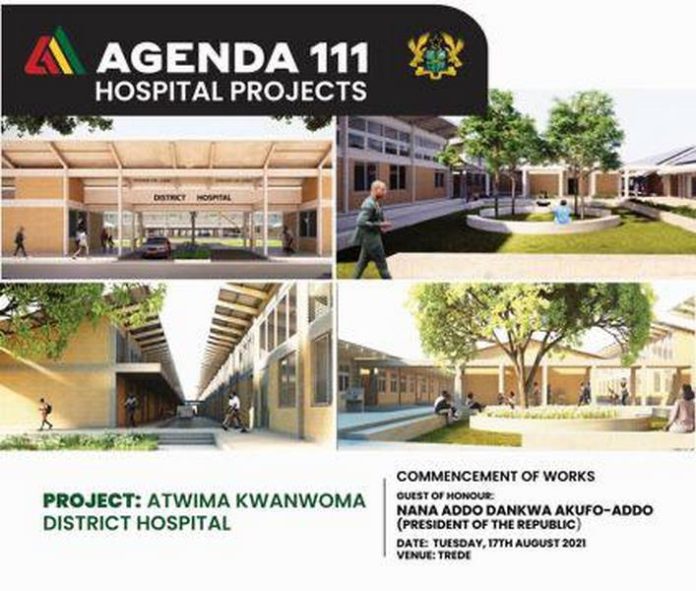 President Nana Akufo-Addo has revealed his vision to position the country as a centre of excellence for healthcare by 2030.

This is expected to increase the countries GDP by 2 billion dollars and create direct and indirect jobs in the sector.

According to the President, research has revealed 16 billion dollars is invested in seeking medical services abroad by Africans.

Speaking at the sod-cutting for the construction of 111 health centres in the country, President Akufo-Addo said the projects being commenced form part of efforts to achieve the objective.

Some 88 sites have been identified for the ‘Agenda 111’ with work commencing on Tuesday.

Minister for Health, Kwaku Agyemang-Manu, said the government is bent on completing the projects as scheduled.

Meanwhile, Asantehene’s representative reiterated concerns of the public over commitment to see through the project, especially as some hospital projects commenced under the previous administration remain uncompleted.

Nana Akyena Kwagya V wants the President to see these projects as a legacy of his stewardship.