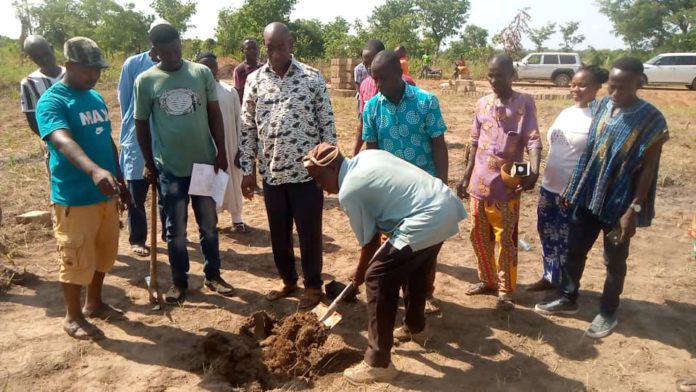 The District Chief Executive for Kpandai in the Northern Region, Attah Kofi Emmanuel Tatabilata, has cut sod for the construction of a clinic (CHPS compounds).

The clinic, which is expected to be completed in six months, will serve residents of the Nkanchina No.2, a farming community in the area as well as other adjoining communities.

Cutting the sod for the commencement of the project, Atta Kofi Emmanuel Tatabilata told Adom News reporter Odehyeba Owusu Job that the motive behind the construction of CHPS compound is to provide efficient healthcare for the residents and cut down their burden of travelling far and wide to access healthcare.

Mr Tatabilata said the project is part of the the District Assembly Performance Assessment Tools (DPAT) to provide infrastructural development to enhance quality Healthcare delivery in the district, adding that, Health is a priority of the assembly.

He also seized the opportunity to urge the contractor of the project, Esofa Bawe Construction Limited, to start work immediately to complete the project as scheduled for the benefit of the people.

Speaking in an interview with the Managing Director of Esofa Bawe Construction Limited, Yahaya Yakubu promised to complete the work within the stipulated six calendar months.

”I have already mobilised the resources needed for the commencement of the project and I promise to do a qualitative job,” he noted.