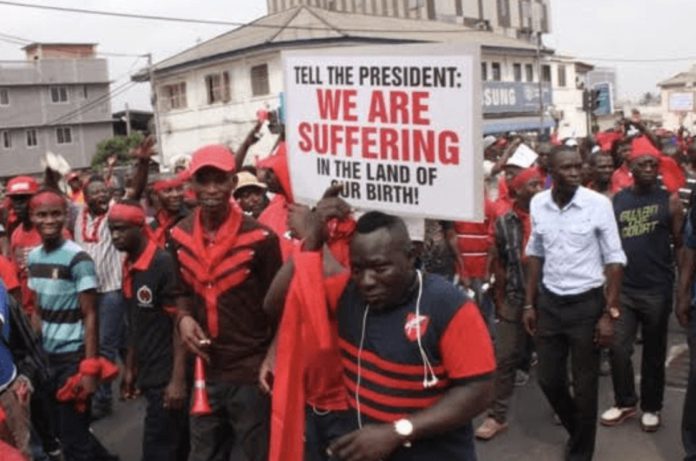 The Obra Spot at the Kwame Nkrumah Circle was wrapped in red and black as the aggrieved public sector workers embark on a demonstration.

The demo is to register their displeasure over the recent upward adjustment of salaries for workers pegged at four and seven per cent.

The group is demanding for salaries to be increased by 25% instead.

They took to the streets clad in red attire coupled with their Ghana flags, wielding placards and banners to drum home their demands.

Some placards had inscriptions such as Treat workers as humans and not slaves, we cannot survive with 4 and & 7 %, President Nana Addo please intervene, your fellow Ghanaians are suffering, say no to 4% virus, stop the deductions on our payslips until you address our problems among others.

The protest began from the Obra Spot through Kwame Nkrumah Avenue through Cedi House and will end at the Independence Square.

Meanwhile, over 100 police personnel have been deployed to provide protection and ensure a smooth protest.