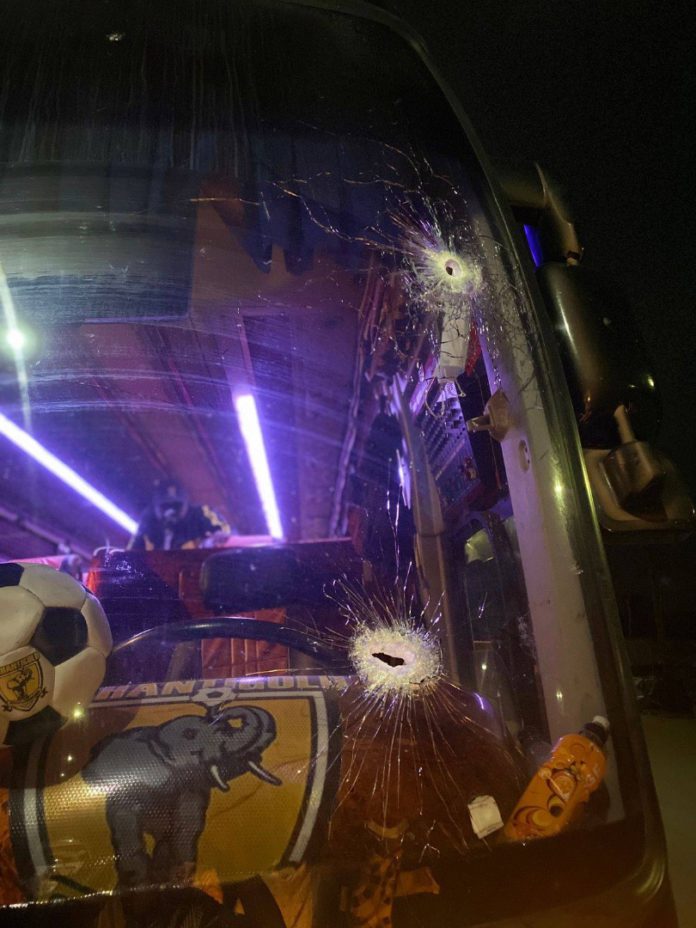 Armed robbers attacked the Ashanti Gold Sporting club bus while the players were travelling back to Assin Endwa from Accra.

The bus, conveying the team members after a match at the Accra Sports Stadium, was shot at by the armed robbers.

Per report made by the club, three bullets were loaded to the front bulletproof glass, towards the direction of the driver.

However, the team driver is said to have meandered his way through the terrible scene of gunshots.

No individual sustained any injury. The windshield of the bus was punched and left with bullet holes.

Currently, the entire team is safe at Obuasi.

The attack comes barely eight hours after the team played against Hearts of Oak in a match that ended 2:1 in favour of Hearts in Accra. 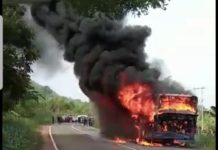