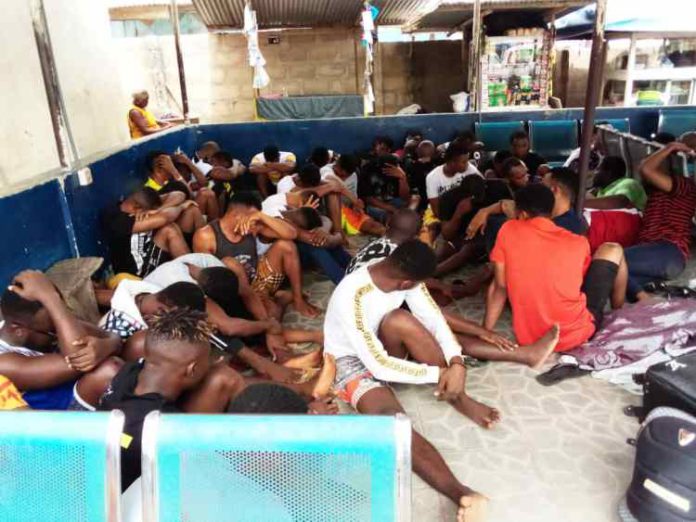 Seventy suspects in ‘Operation Storm Kasoa’ have been remanded into police custody by the Ofaakor Circuit Court.

The police found quantities of dried leaves suspected to be cannabis on nine suspects and retrieved from others 142 mobile phones, 245 laptops, and six Nigerian passports.

The suspects, who were arrested in a dawn swoop, were screened and those found to have contravened the law were put before court.

The suspects were charged with engaging in electronic cyber fraud and entering Ghana without permit.

The court, presided over by Ebenezer Osei Darko, did not take the pleas of the suspects and remanded them to re-appear on May 27.

The special operation undertaken by the Police forms part of efforts to clamp down on illegal activities in the area.

This comes amid concerns of insecurity among some residents who are complaining that the crime rate in the Municipality is rising.