It has emerged that about 70 percent of lotto operators across the country are illegal.

This means all monies during their operations go directly to private pockets.

The Director-General of the National Lottery Authority, Sammy Awuku, revealed this in an interview on Asempa FM’s Ekosii Sen programme, Wednesday.

He said “70 percent of the people who make money from our lottery do not pay anything to the state. And that is why I want to be remembered for turning this situation around.”

To hit the ground running, Mr Awuku said they have started swoops across the country to sanitise the system.

This, he explained, was done after the Authority completed license regime as part of measures to streamline the activities of lotto operators.

The NLA boss said their operation is to ensure that lotto operators are more accountable by ensuring that they pay taxes to the government.

“Some legal lotto operations are happy with the swoops because it is helping their business,” he stated.

The NLA boss revealed that, in just six weeks, they have been able to raise GH¢6 million after the swoop.

“If we are able to sanitise the system, we should be able to leave a better legacy,” he added.

Mr Awuku thanked the stakeholders for the massive support in the clampdown on the illegal lotto operators in the country. 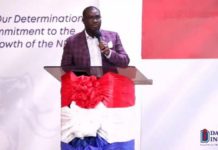 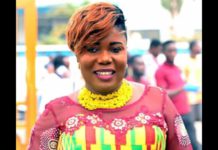 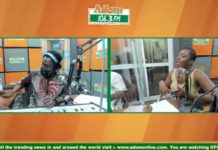 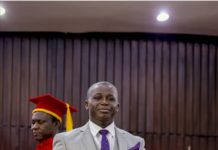