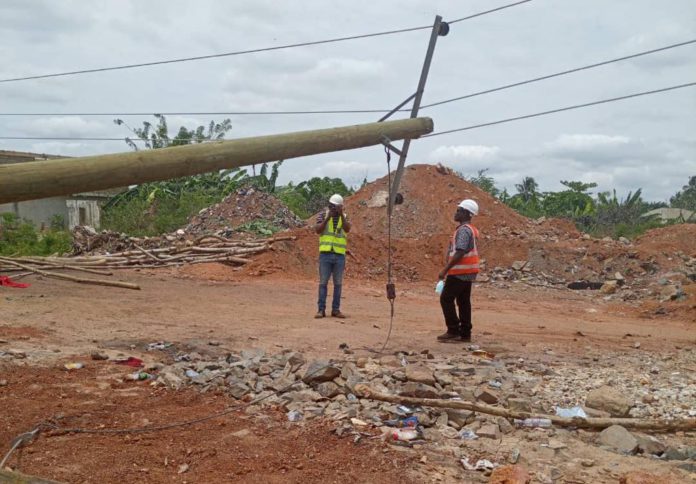 The Electricity Company of Ghana ( ECG) has reported that seven of its transformers have been stolen in the Ketu South and North Municipalities and the Akatsi North District of the Volta Region.

The transmitters were stolen in Wuduaba, Zuime, Segbe, Panyi, Ave Xevi, Adafianu, and Tsape being the most recent, which occurred on the 19th of October 2021.

The power distribution company could not account for the unfortunate incidents, since residents in the affected communities have refused to disclose information on the incident.

Volta Regional Public Relations Officer, Benjamin Obeng Antwi, therefore, described the development as unfortunate and urged the general public to own ECG installations in their various communities and be vigilant to prevent such theft cases.

“Without the help of the community, we cannot stop this act, so please let’s be vigilant. Let’s own and protect ECG installations (poles, cables, and transformers) in our respective electoral areas,” he said.

“When anyone realisees there is a power outage, he or she should check on the transformer serving the area first before calling ECG because the activities of such people lead to lights out before they carry out their illegal operation,” he concluded.