The Zimbabwe Republic Police have been given a seven-day ultimatum by human rights lawyers to hand over names of police officers who reportedly assaulted pupils from a High School.

This comes after the police detained 40 pupils following chaos at the school during which windows were smashed and the headmaster’s vehicle was stoned.

It is reported that the pupils were protesting the poor diet and learning condition they have been subjected to.

While many of them were left with serious injuries inflicted on them by the police called upon to intervene, others were whisked away.

The pupils were later released without charge.

For this, the lawyers are demanding the names of the police officers who assaulted the school children, predominantly minors.

“On behalf of parents and guardians of some Gokomere students, we have given the Officer in Charge of Masvingo Rural Police Station a seven-day ultimatum to investigate and respond by giving us names of police officers who brutally assaulted and tortured them on November 7 and 8,” the Zimbabwe Lawyers for Human Rights fumed.

In other news, iHarare reported that Zimbabwe Defence Forces Air Vice-Marshal, Michael Moyo, has dragged one of the top private schools in Harare to court over USD fees.

Air Vice-Marshal Michael Moyo, who is the Zimbabwe Defence Forces University’s vice-chancellor, took the Dominican Convent School to court after they withdrew an offer letter for form one place for his daughter when he refused to pay school fees in United States dollars.

Police probe alleged assault on motorist by officer at Tesano 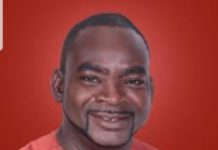