The number of cerebrospinal meningitis cases recorded in the Upper West Region have now increased to 315.

The tally is an increase by 42 from the previous 273 reported on April 15.

The number of fatalities have also increased from 43 to 45.

Deputy Health Minister Dr. Bernard Okoe Boye who led a team of health experts to region made the announcement on JoyNews’ ‘Beyond the Lockdown’ on Sunday.

He added, however, that there are only five active cases and four are in stable condition.

He dispelled reports that the CSM has been ignored due to the attention on Covid-19 pandemic; he said the string being dealt with is also novel and is receiving the needed attention.

“The type we were dealing with is not known to cause outbreaks,” he said.

Upper West Regional Director of the Ghana Health Service Osei Kuffour Afreh told JoyNews in April that the prevalent cases of meningitis are as a result of unavailable vaccines to tackle the disease.

Dr. Afreh stated there are no globally approved injections hence the current vaccines that were used in the past are no match for this breed of Cerebrospinal Meningitis (CSM).

“We are dealing with a subtype X for which there are no vaccines in the world that have been certified by the World Health Organisation,” he said. 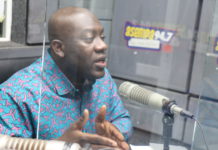 WHO takes steps to defeat meningitis in sub-Saharan Africa