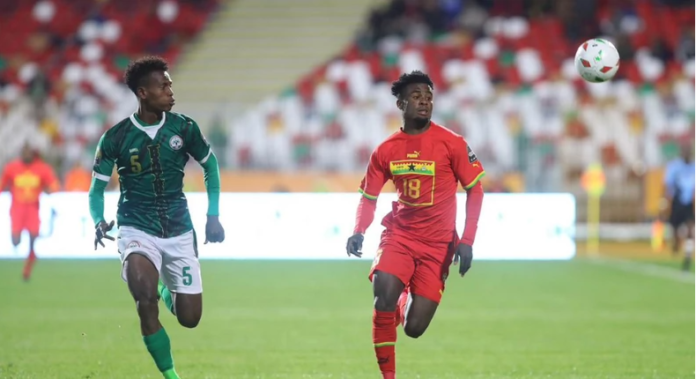 The right-back was speaking at the back of Ghana’s shocking 2-1 defeat to Madagascar at the ongoing 2022 African Nations Championship [CHAN] in Algeria at the Chahid Hamlaoui Stadium in Constantine on Sunday.

First-half goals from Solomampionona Razafindranaivo and Olivier Randriatsiferana and a consolation by Augustine Agyapong meant the two-time CHAN finalists opened their campaign with a disappointing defeat.

Ahead of the second Group C game against Sudan on Thursday, Nettey is confident the team will return to winning ways after the defeat.

“It was unfortunate to watch the team lose against Madagascar yesterday,” he said on Asempa FM on the Ultimate Sports Show.

“I am confident the team will return to winning ways against Sudan.

“I think on the pitch of play, the team did not get some things right but I am sure they will get things right in the second game,” he added.

The game has been scheduled to kick off at 19:00GMT.