Founder of the All People’s Congress (APC), Hassan Ayariga, has encouraged the citizenry to pay taxes for the rapid socio-economic development of the country.

Addressing a Press Conference in Accra on Monday, dubbed, ‘Post Budget Analysis,’ Mr Ayariga, the 2020 Presidential Candidate for the APC, applauded the government for suspending the collection of road tolls from next year as captured in the 2022 Budget Statement.

He also commended the Government for its YouStart Initiative aimed at empowering young people to start and grow small businesses.

The target is to create one million jobs with a seed capital of one billion Ghana Cedis beginning from March 2022.

Finance Minister Ken Ofori-Atta announced 1.75 percent charges on all electronic transactions on Wednesday during the presentation of the 2022 Budget Statement to Parliament.

“The suffering is killing too much, the hardship is beginning to have a toll on people,” he said, asking the populace to rise above “pettiness and save the country…”

Mr Ayariga also called on all political parties to work together and stand firm against LGBTQ, saying the practice is “demonic”. 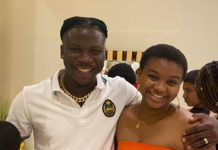 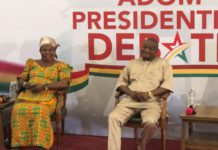