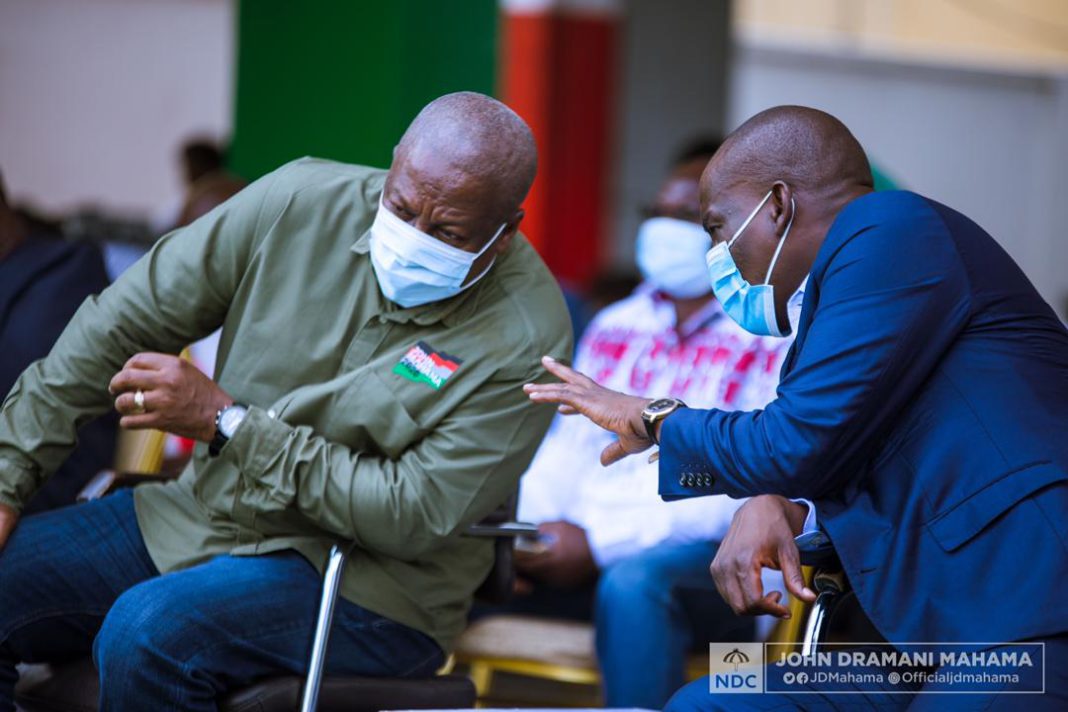 The National Democratic Congress (NDC) has marked her 28 years of existence as a political party with a flag-raising ceremony in Accra.

The ceremony, which was held at the party’s headquarters on Wednesday, June 10, 2020, was graced by the NDC’s flagbearer, John Dramani Mahama and other party bigwigs.

Significant among the bigwigs who were at the ceremony were the party’s National Chairman, Samuel Ofosu Ampofo; Minority Leader, Haruna Iddrisu and National Communications Officer, Sammy Gyamfi and others.

There were a host of former appointees who also graced the occasion including former Minister of Health, Alex Segbefia; former Deputy Minister of Labour, Baba Jamal, among others.

The NDC celebrates 28 years as it boasts of being the party with the most number of years of governance under Ghana’s 4th Republic.

Below, we publish 20 beautiful photos that capture the mood at the ceremony: