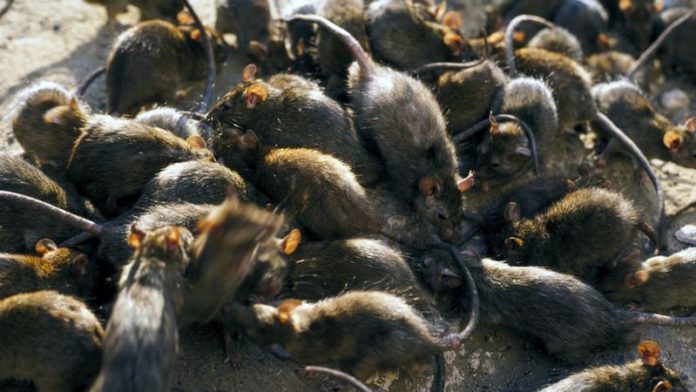 Nearly 2,000 homes were left without any phone or internet connection after rats reportedly chewed through the network cables over the weekend.

The blackout hit residents in the Torridge area of Devon with engineers for Openreach – a provider for BT, Vodafone, Plusnet and Sky – working to resolve the issue.

However, the company has given no estimated time on when the matter might be resolved.

Households in Bideford, Clovelly, Hartland, Horns Cross, Parkham and Woolfardisworthy are all understood to be affected, reports DevonLive.

The disruption comes a week after Torridge households suffered a 22-hour outage between October 9-10.

An Openreach spokesperson said: “Our telephone and broadband network in and around the Bideford, Clovelly, Hartland and Horns Cross exchange areas has been damaged by rodents.

“Our engineers are working hard to get the repairs done quickly and safely; we don’t have an estimated repair time yet but will keep you updated as they progress.

“We understand how frustrating this must be for anyone is affected and thank residents and businesses for their patience.

“We encourage anyone experiencing any disruption with their service to report it to their provider who will then inform us. Damage to our network can also be reported online.”

Because of the Covid pandemic, more people across the country are working flexibly from home, increasing their reliance on stable internet connections.

In June 2021, Openreach announced their plan to provide ultra-fast broadband to 25,871 premises in North Devon in their mission to connect rural and coastal communities.

Internet providers have been hit with a string of outages in recent weeks.

Just 10 days earlier, all Facebook-owned apps, including Whatsapp and Instagram, were offline for almost seven hours during a massive worldwide crash on October 4.

Mark Zuckerberg – founder and Chief Executive Officer of Facebook Inc, which owns the three platforms – has since apologised for the chaos after it emerged he personally lost £4.4billion as Facebook’s stock plummeted.