At least fourteen teacher trainees who sat for the just ended teacher licensure examinations are currently in police custody for their roles in the alleged leak of exam questions.

Reports emerged on Wednesday that some of the questions for the exams leaked, while long delays characterised the exam at various centres across the country.

The teachers arrested over the leakages, according to the National Teaching Council (NTC), conductor of the exams, are currently assisting police with investigations. 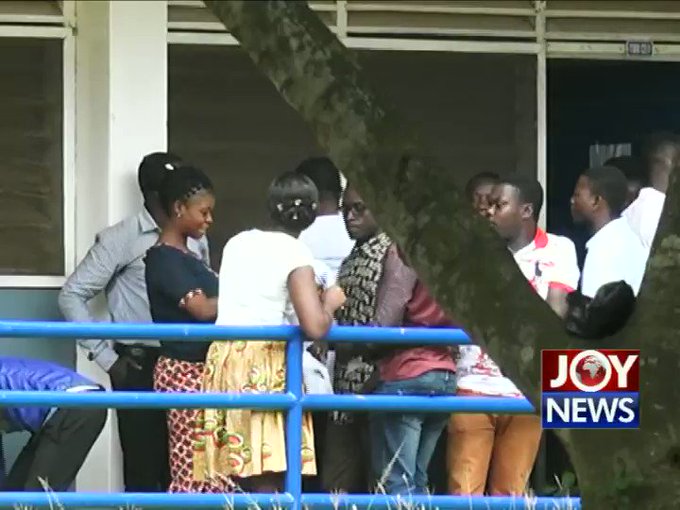 The NTC had early on denied reports that the questions leaked, with the Coordinator of the examinations, Francis Kwesi Addai, saying the reports were false.

Meanwhile, Executive Director of the NTC, Dr Evelyn Oduro, says the council will not give in to pressures from certain quarters to cancel the entire examinations because of the turn of events.

“Some people were found…their mobile phones had we suspect were questions so we handed them over to the police,” she told Joy News’ Komla Adom.

She said the questions were changed after invigilators found what appeared to be the questions on the mobiles of the teacher trainees.

” In fact, the integrity of the paper is key for us and if you are going in to write the questions [that you already have] then there is no need to write the paper,” she added.

The NTC, an agency under the Ministry of Education, firmed up plans for the start of the exams amid protest from some teachers.

According to the NTC, teachers will now have to pass the special examination before being granted the licence to teach.

The move, according to the NTC, is to enforce discipline and eliminate non-performing teachers from the system, in accordance with the new Teachers Licencing Policy under the Education Act 778 (2008).

NAGRAT, for instance, says the government has yet to clarify concerns raised over the cost of securing and renewing the licenses which are to be awarded by the NTC.

Their concerns include the quoted price of renewal fees of the license when it should be renewed as well as revocation and how to get it back.

Find out what John Jinapor will do after politics [audio]