South Africa’s President Jacob Zuma is appealing against a High Court ruling ordering him to give reasons for his controversial decision to sack widely respected Finance Minister Pravin Gordhan.

The president’s lawyers argue that the court overstepped its authority and the principle of the separation of powers by ordering him to release all documents linked to the sacking of the minister, local media report. 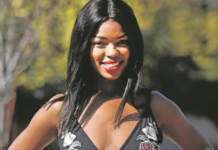