Zimbabwe’s President Robert Mugabe has resigned, parliament speaker Jacob Mudenda says.
The surprise announcement came as lawmakers debated an impeachment motion against the 93-year-old leader in a joint sitting of parliament.
Mr Mugabe had previously refused to resign despite last week’s military takeover, and days of protests against his rule.
What triggered the moves to oust him was his dismissal of Emmerson Mnangagwa as vice-president two weeks ago.
That decision was seen by many as clearing the way for Mr Mugabe’s wife, Grace, to succeed her husband as leader. It riled the military leadership, who stepped in and put Mr Mugabe under house arrest.
He has been in power since independence in 1980. 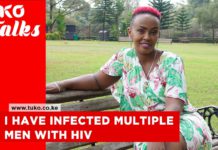 Kenyan police officers ‘told to buy their own uniforms’