President Robert Mugabe is insisting he remains Zimbabwe’s only legitimate ruler, an intelligence source said on Thursday, and is resisting mediation by a Catholic priest to allow the 93-year-old former guerrilla a graceful exit after a military coup.
The priest, Fidelis Mukonori, is acting as a middle-man between Mugabe and the generals, who seized power on Wednesday in a targeted operation against “criminals” in his entourage, a senior political source told Reuters.
The source could not provide details of the talks, which appear to be aimed at a smooth and bloodless transition after the departure of Mugabe, who has led Zimbabwe since independence in 1980. 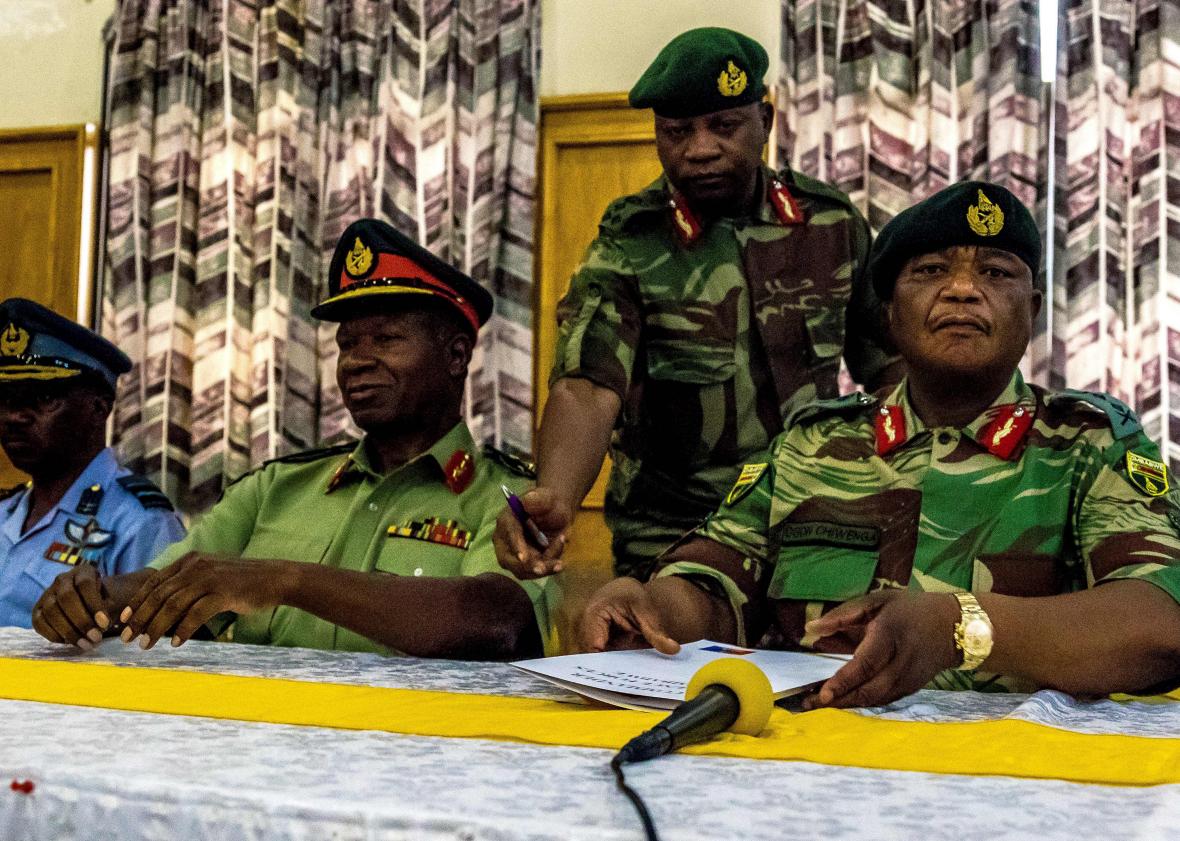 Mugabe, still seen by many Africans as a liberation hero, is reviled in the West as a despot whose disastrous handling of the economy and willingness to resort to violence to maintain power destroyed one of Africa’s most promising states.
Zimbabwean intelligence reports seen by Reuters suggest that former security chief Emmerson Mnangagwa, who was ousted as vice-president this month, has been mapping out a post-Mugabe vision with the military and opposition for more than a year.
Fuelling speculation that that plan might be rolling into action, opposition leader Morgan Tsvangirai, who has been receiving cancer treatment in Britain and South Africa, returned to Harare late on Wednesday, his spokesman said.
South Africa said Mugabe had told President Jacob Zuma by telephone on Wednesday that he was confined to his home but was otherwise fine and the military said it was keeping him and his family, including wife Grace, safe. 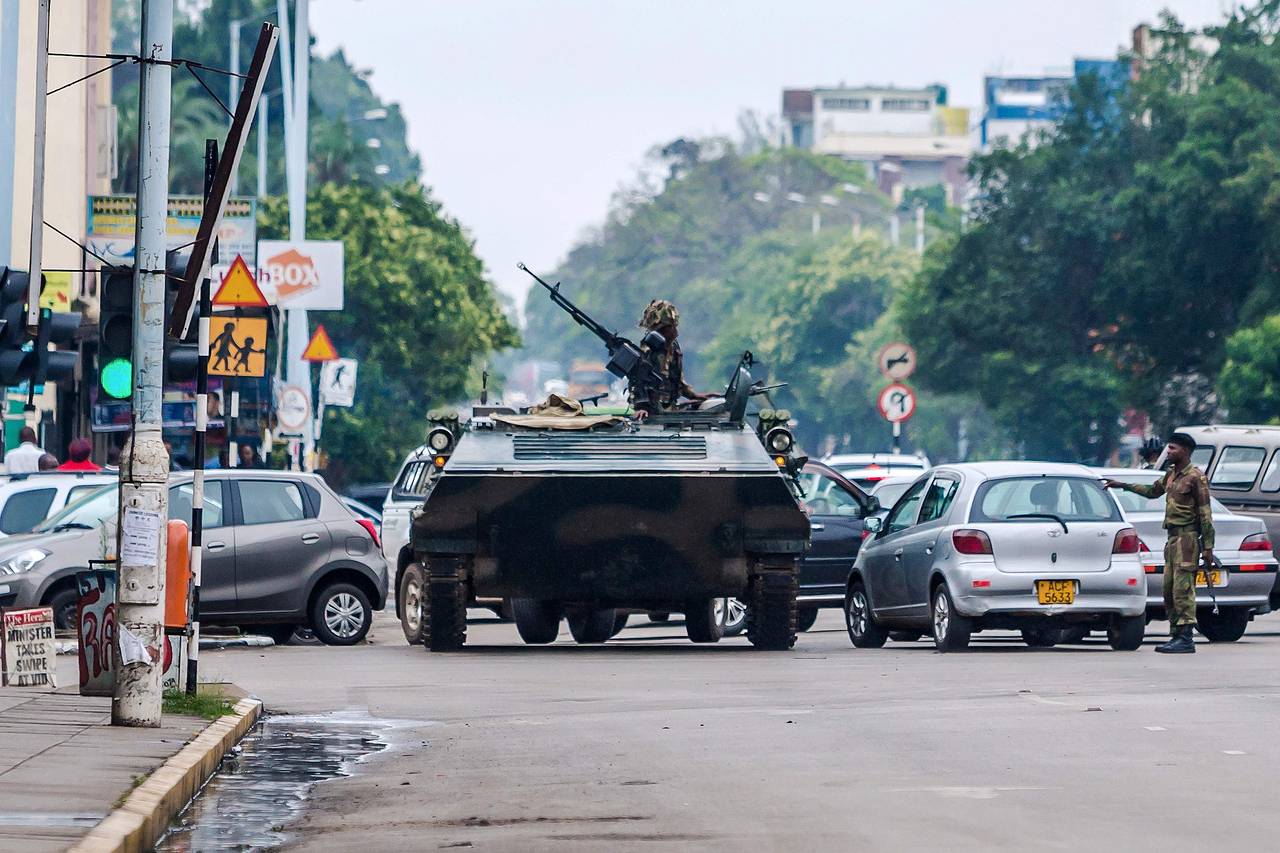 An armored personnel carrier is stationed at an intersection as Zimbabwean soldiers regualte traffic in Harare
Despite the lingering admiration for Mugabe, there is little public affection for 52-year-old Grace, a former government typist who started having an affair with Mugabe in the early 1990s as his first wife, Sally, was dying of kidney disease. Dubbed “DisGrace” or “Gucci Grace” on account of her reputed love of shopping, she enjoyed a meteoric rise through the ranks of Mugabe’s ruling ZANU-PF in the last two years, culminating in Mnangagwa’s removal a week ago – a move seen as clearing the way for her to succeed her husband.
In contrast to the high political drama unfolding behind closed doors, the streets of the capital remained calm, with people going about their daily business, albeit under the watch of soldiers on armored vehicles at strategic locations.