His family got concerned after the former boxer posted a farewell note on his Facebook: “I shed a tear as I write this because I will not be there when a new and just work is built. I have to sleep now. I love you all. Now be good to one another. Peace.”

The deceased was found near Mitchman Common early the next morning.

After recovering his body, the Metropolitan Police said in a statement: “At approximately 00:40hrs on Tuesday, March 7, officers carrying out enquiries in relation to a man who had been reported missing on the evening of Monday, March 6, discovered the body of a deceased man close to Mitcham Common.”

“The man was pronounced dead at the scene. Next of kin have been informed. The death is not being treated as suspicious. Enquiries continue.”

A letter he apparently wrote for the UK immigration office went viral on Facebook wherein he informed them about his decision to end his life.

“When I am gone, could you please use a bit of the taxes that I have paid over the years, if that would not make me a scrounger, to cremate my body and release the ashes somewhere in the wild. Maybe I will have peace in death,” he wrote. 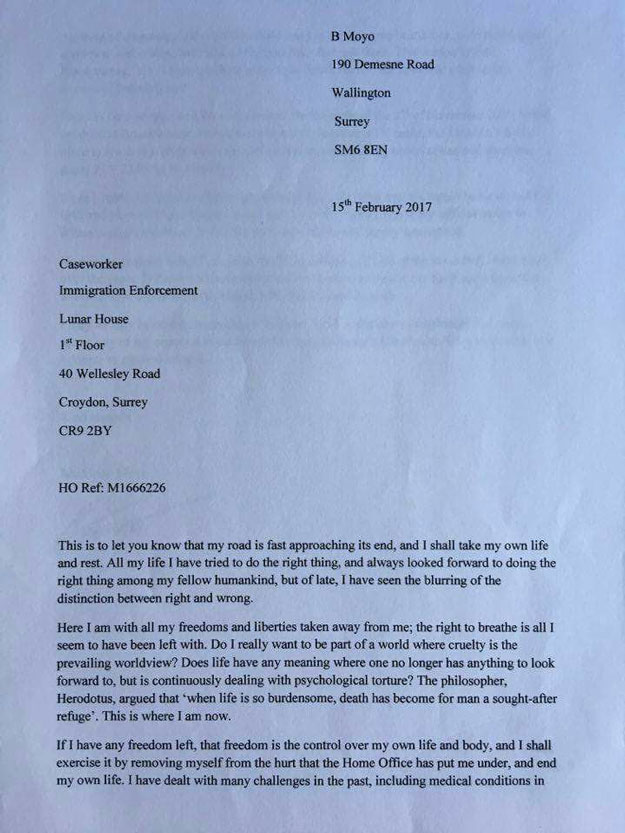 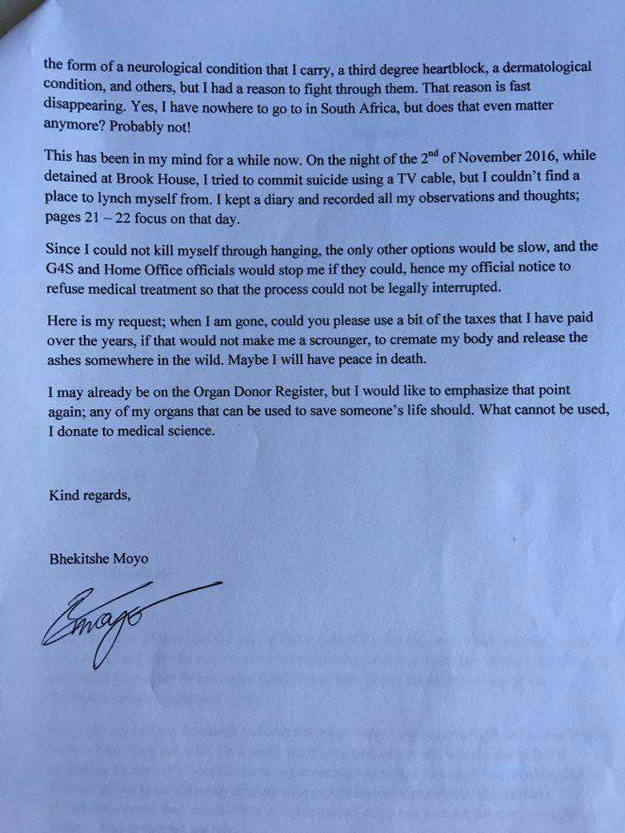 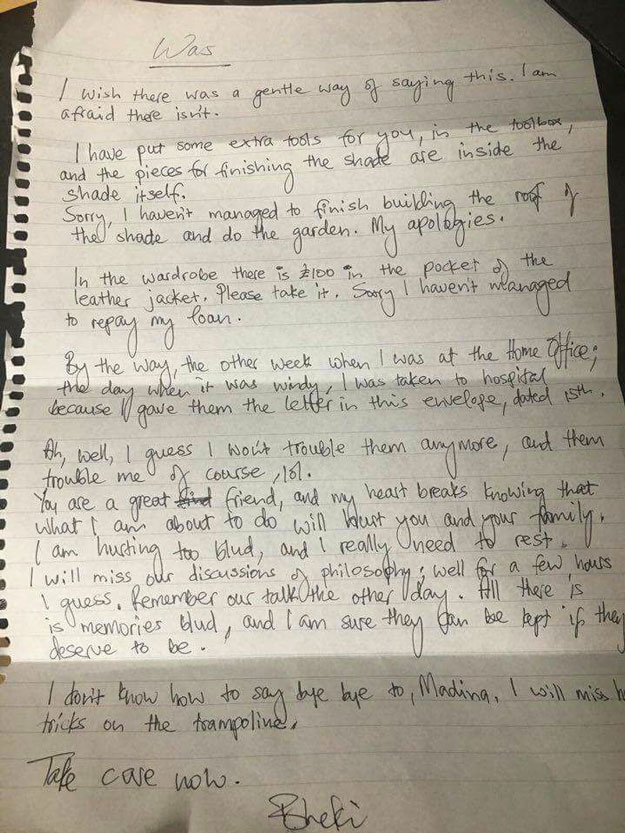 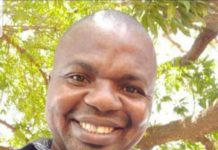