The issue of sexualisation of women, typically minors has been agreed to be a no-go area in the ever-evolving world.

For that, actor and politician, John Dumelo, went hard on a Twitter user for making what many has described as an uncouth comment against a daughter of the Mahamas.

However, the netizen, who mistook her for a 14-year-old, expressed his disapproval of her decision to apply makeup.

The man, despite complimenting her, attributed her well-built physique to sexual adventures and sponsorship from a high-rated figure who benefits from taxpayers’ money.

The comment touched the nerve of party member Mr Dumelo and he described the Twitter user as a stupid fool.

He also added that the elderly man’s children should be ashamed of him for making such an unintelligent comment.

The politician warned the man to desist from ever making such a comment against the lady or any other underage person. 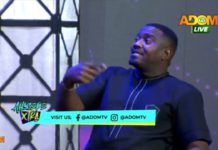 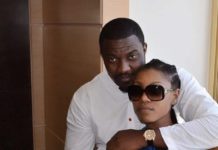