The decision by former Mayor of Kumasi, Kojo Bonsu to vie for the National Democratic Congress’ (NDC) presidential primaries is being taken with a pinch of salt by many.

In his view, given the conduct of Kojo Bonsu as Mayor of Kumasi, he has no future in Ghana’s politics.

Mr Bonsu, deemed as a friend of former President John Mahama shocked many when he declared his intention to join the flagbearership race of the NDC.

READ ALSO: I will heal; reconnect NDC with working-class – Abodakpi

His announcement brings to Twelve (12), the number of people who have so far given indications to lead the NDC for election 2020. 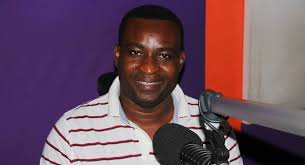 But his announcement, according to Chairman Wontumi, is not surprising because the NDC is losing relevance in Ghana’s body politic.

Speaking on Adom FM’s morning show Dwaso Nsem Tuesday, the NPP Chairman said Kojo Bonsu has no track record to vie for the high office of the land.

“His record as Mayor in Kumasi is nothing to write home about. If he could not handle Kumasi, how much more the entire country. Kojo Bonsu is dead, politically,” he opined.

This notwithstanding, Chairman Wontumi said he will support his kinsman [Kojo Bonsu] to emerge flagbearer of the NDC to champion the NPP’s cause.

NPP is heading for doom in 2024 elections – Former MCE