The Association of Women in Media (ASWIM), has expressed regret over an attack on a journalist in Accra.

According to the Association, it is  unfortunate “such maltreatment of a journalist should occur in the 21st century and immediately after the celebration of World Press Freedom Day here in Ghana.”

The assaulted journalist, Ohemaa Sakyiwaa, a reporter with Accra-based Adom FM, was reportedly punched by a known sympathizer of the governing New Patriotic Party (NPP), Haji Fati around the party’s headquarters in Accra on Friday, when she tried to take a photo of her confronting suspended NPP Vice Chairman, Sammy Crabbe, over his attempt to pick forms to contest for national chairmanship.

Many media players have already asked the government to take a decisive action against Hajia Fati who is reported to have physically assaulted others in the past.

The Association of Women in Media says it has taken a strong view of the matter, and has demanded that justice be served.

At the same NPP Headquarters, some journalists from Citi FM and Ghanaweb, were assaulted by some security guards when they tried to cover a party event that was taking place there.

There was no arrest or action by the police or from the government despite pressure from the Media Foundation for West Africa [MFWA]. 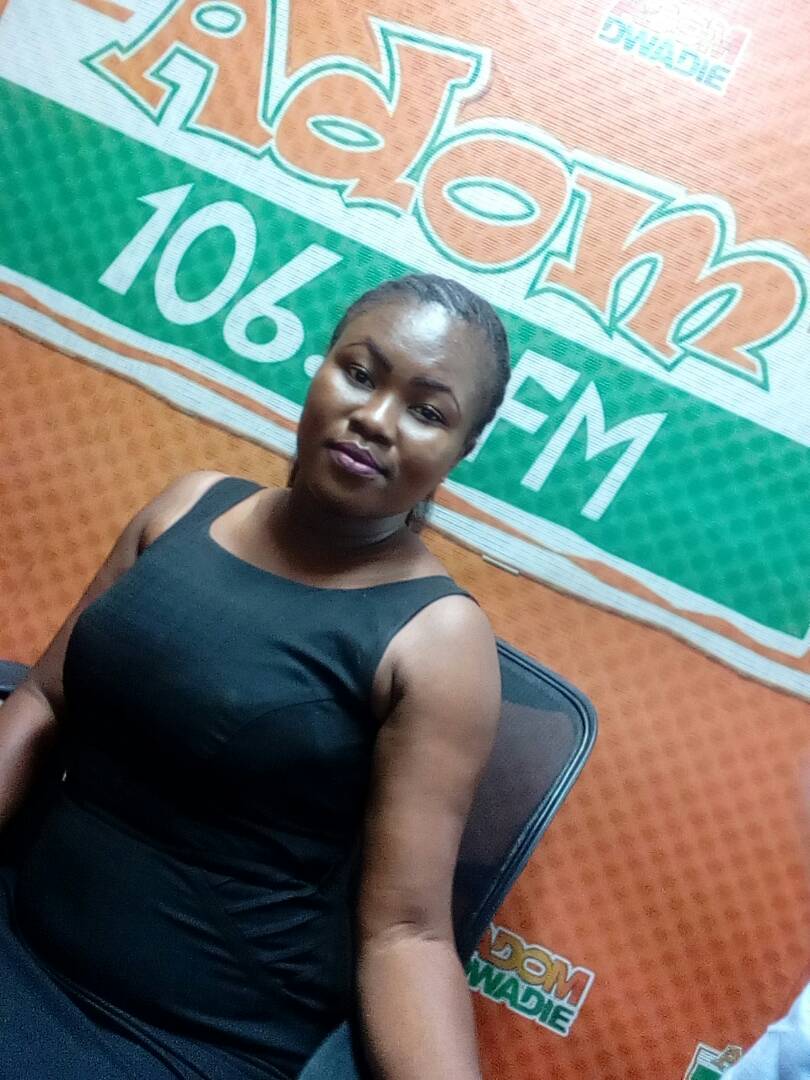 ASWIM CONDEMNS ASSAULT ON JOURNALIST
The attention of the Association of Women in the media (ASWIM), has been drawn to the assault of Ohemaa Sakyiwaa, a Reporter of Adom FM who is also a member of ASWIM by Hajia Fati, a member of the New Patriotic Party (NPP), while she was on assignment at the National Headquarters of the NPP on Friday, May 4, to report on members of the party who were picking nomination forms to contest for national executive positions in the party.

We unequivocally condemn the assault on Ms Sakyiwaa while she was performing her duty as a journalist and call on the police to investigate and take immediate action on the matter to stop the maltreatment and harrassment of reporters in their line of duty,

Ms Sakyiwaa informed ASWIM that while she was on the assignment she saw Hajia Fati when she arrived at the NPP office so she went to her, introduced herself and asked to interview her.

She was, however told by a man standing beside her that Hajia was too angry to talk. As a reporter who needed to capture the situation prevailing at the time, Ms Sakyiwaa said she decided to capture the scene at the NPP headquarters on camera until she could obtain interviews from the people present, including Hajia Fati.

Unfortunately, just as she began, Hajia Fati smashed her phone and slapped her on the mouth.

She indicated that some party folks who were around during the assault took her to their office.

Indeed, it is unfortunate that such maltreatment of a journalist should occur in the 21st century and immediately after the celebration of World Press Freedom Day here in Ghana when Ghanaians were so proud that the country was ranked as 23rd in the world and first in Africa by Reporters Without Borders on the World Press Freedom ranking list for an environment conducive to freedom of the press and for democracy to thrive.
Indeed, the President, Nana Addo Dankwa Akuffo-Addo recently condemned acts which restrict the practice of journalism when he addressed journalists of the world at the dinner and awards ceremony in Accra.

Obviously, if journalists are forced to consider their safety first and, therefore, are unable to cover events which could put their lives at risk this would be to the detriment of the nation and our democracy.

The association takes a very serious view of the assault of our member and demand that the necessary action is taken against Hajia Fati to send a strong signal to members of the public who take the law into their own hands and blatantly disregard the human rights of others, especially journalists and continue to manhandle reporters and treat them with disdain.

The association would follow the matter closely to ensure that justice is done.