An 86-year-old Louisiana woman and three of her sons who all tested positive for the coronavirus have died, relatives and the coroner’s office say.

The woman, Antoinette Franklin, and her sons were African American, and their deaths come with the announcement that black people account for 70.5 percent of fatalities from the coronavirus in Louisiana, although they make up only about a third of the population.

Louisiana is a hot spot for the pandemic, with 16,284 coronavirus cases and 582 deaths.

The brothers and their mother all tested positive for the coronavirus, Jason Melancon, a spokesman for the New Orleans Coroner’s Office, told NBC News on Tuesday. It is unclear whether the tests were conducted before or after they died. Melancon said their causes of death are as yet undetermined. 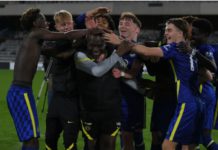